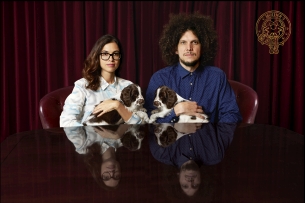 The husband and wife pair who have risen through the ranks of the creative agency over the past nine years will be immediately tasked with leading London’s creative department, and continuing to cultivate a spirit of creative excellence among the next generation of Mother talent.

They will join the London management team, working alongside Managing Director Sara Tate and Joint Heads of Strategy Chris Gallery & Katie Mackay to continue to drive the agency’s creative reputation that has consistently built up over the past two decades.

Having been nurtured for the majority of their careers at Mother London, Ana and Hermeti have worked on almost every one of the agency’s clients and have been involved in some of its most populist and groundbreaking work in recent times.

Robert Saville says: “This is a big deal for Mother London. Handing creative leadership to a new generation is not something Mark and I do lightly. In Ana and Hermeti that decision is a nobrainer; they have it all.”

Mark Waites says: "There's a long list of creatives who've started their careers as a placement at Mother and now run their own shops. We're very proud to add to that list."

Ana and Hermeti Balarin say: “We humbly accept the honour of leading Mother’s legendary creative output through its next era.”