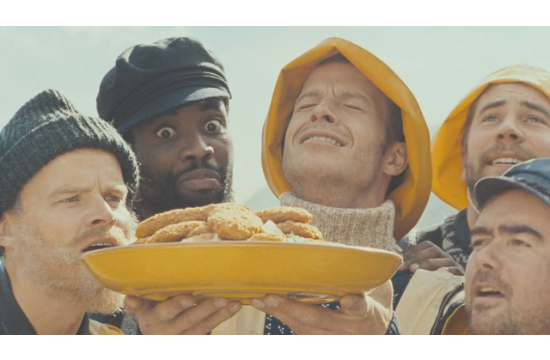 Of all the senses, none trigger emotional memories as quickly or intensly as smell. And there’s little that seems as appetising, brilliantly British and nostalgic as the smell of a chunky piece of breaded cod.

In their latest spot for seafood brand Young’s, Mother have captured the raw and rather childish emotion of catching a whiff of something delicious and wanting it straight away.

Partizan’s Eric Lynne shot the spot – and the American born director found himself also gaining an education of the UK’s regional accent.

The spot was shot in the scenic, but hard to reach, town of Clovelly in North Devon.

“We’d like the great British public to express to their mums, their dads, their wives and husbands, friends and neighbours, dinner ladies, dogs and shopkeepers, whenever they start to ‘go on’ a bit… ‘juuuuuust give us the fish!’” said Mother.