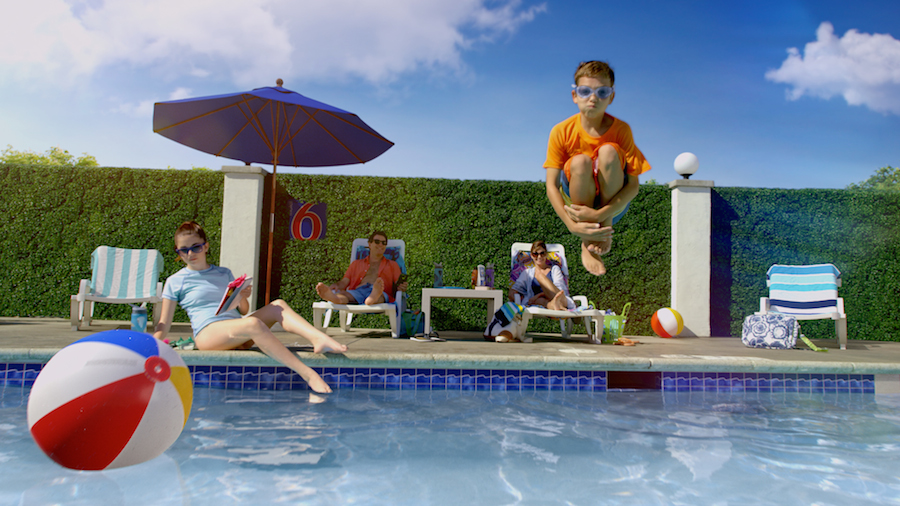 “Room to Room” highlights Motel 6’s nationwide renovations through a seamless room-to-room journey. The VFX-intensive spot alludes to some of the magic K&C brought to the iconic Motel 6 50th Anniversary spot “Metamorphosis,” such as transitional devices and other key visuals.

“This is the biggest VFX project that Motel 6 has ever done,” says Lance Miceli, EVP/CMO of Motel 6. “It was great to have King and Country back working with us on this effort, and I had total trust that they could pull off another amazing spot. I’m so happy with the final project; it’s above and beyond what I could have ever imagined.”

“The beauty of working with King and Country is that you can promise your client the moon and be confident that K&C will deliver,” says Chris Smith, Brand Creative Group Head at The Richards Group. “Even if you don’t have every aspect of the concept totally worked out, you know K&C will come up with something that you might not have thought of, but still feels totally organic to your idea. K&C approaches every project like a team; everyone is pulling in the same direction. They’re so good at what they do, it actually makes you want to push yourself to come up with something that challenges them to see if they can pull it off. Which, of course, they always do.”

Led by K&C Partner/Director Efrain Montanez, the crew shot on location at a Motel 6 in Carson, California, and at Universal Studios in Hollywood, California, which afforded them space for large room builds, as well as turntable and motion control rigs for a multitude of setups. From a production perspective, the challenge was capturing dynamic, expansive camera moves, such as the 360-degree shots, while maintaining a cohesive look.

“It was important that the renovations not appear intrusive to potential travelers staying at Motel 6s across the country,” says Montanez. “This was where our ‘in-the-nick-of-time’ gags came into place. The characters are oblivious to the changes as the camera catches them happening right before they interact with the rooms, so we don’t give the impression that renovations are ongoing.”

In addition, to ensure that the end tag fit into the spot, K&C also created a dollhouse lock-up showing a cross-section of four rooms with guests tucking in for the night for Motel 6, which the client will use for other branding needs in the campaign.

“We have a great creative flow and established trust with their team,” says Montanez. “They came to us very early on, which enabled us to have an extensive previs process and anticipate any surprises that might arise before and during the shoot. Pre-production was vital to the success of this spot and we were able to plan every detail. Using previs cameras, we programmed the motion control rigs during the shoot and modeled everything to scale, which allowed us to work efficiently on set.”

“This project highlights all that we do as a full-service studio, from concepting and planning, directing and editorial, to animation, VFX and finishing,” concludes Jerry Torgerson, K&C Partner/Executive Producer. “Motel 6 and The Richards Group coming back to King and Country for the biggest effects-heavy shoot they’ve ever done meant the world to us. The amount of trust we felt from day 1 really pushed each member of our team to exceed the challenges of bringing another seamless Motel 6 spot to life.”