Trends and Insight 329 Add to collection 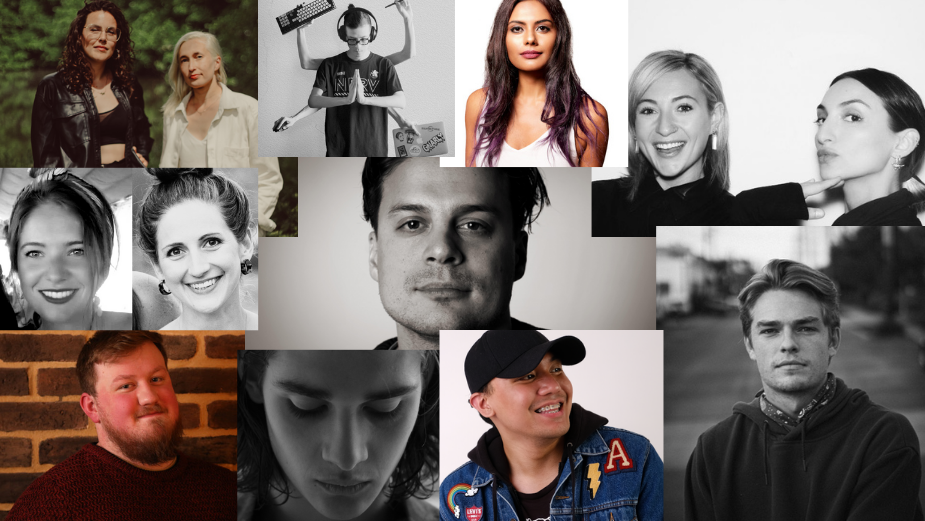 Who doesn’t like seeing a bunch of fresh faces and along with them a lot more fresh ideas that undoubtedly reinvent the wheel in the best way possible? Creativity has never been a precise science, neither has it been pinned down to any sort of undeniable formula – this is why we love seeing the creatives who know how to keep it fresh, new and exciting. Copywriters, junior producers, planners, junior directors, all taking their first steps in the industry and as wide-eyed as they come, but confident in their stride, told us their stories for our Uprising channel all year long.

One thing we love at LBB is shining the spotlight on new talent, so we were always there to listen and give you their insights, life lessons and best experiences in the industry. So, without further ado, here are the 10 Uprising features on the LBB website that got the most love from our viewers for 2021!

And here you can check out the most read Behind the Work, 5 minutes with… pieces, as well as roundups from North America, Europe, the Middle East and Africa, Latin America and the Asia Pacific.

Adrien de Guzman on Maximising Creativity in All Its Forms

Art director at MullenLowe TREYNA, Adrien de Guzman, never thought he would enter the advertising industry, until he got involved with…podcasts! Born a leader and exceeding as one at school, Adrien knew that he had to speak his mind and help others come to the ‘right side of history.’ His first podcast Pop Emergency was a colourful plethora of pop music, positivity and pride. When he saw that what he did provided a safe space for queer people to listen and express themselves, he truly felt the power of media, after which he knew he had to make his way into communications. He took it up at university and the rest seems to be history! To this day Adrien’s main goal is to give back to the LGBTQIA+ community and tell their stories. LBB’s Natasha Patel caught up with him to find out more.

Behind Daniel Kontur’s Obsession with Storytelling

A border-spanning outlook, a passion for dramaturgy and deep respect for the craft of commercial directing, are all components of the success behind Daniel Kontur’s career. Director at The Royal Budapest Film Co., Daniel fell in love with every part of the filmmaking process from the get-go. From the buzz of being on a film set, to the quiet focus of the editing studio, every step of his craft inspires him to go further. Daniel not only loves storytelling itself, but is also interested in the history of storytelling – ‘a very passionate’ subject for him, as he describes it. He also has a deep appreciation of the conceptual part of directing – knowing exactly what the central dramatic argument of any story is and how characters’ conflicts relate to it. LBB’s Alex Reeves spoke to Daniel to find out more about the intricacies of his craft and what led him to pursue it.

How Rugby and Musicals Helped Wil Male Become a Producer

A theatre kid through and through, Wil Male, junior producer at UNIT, had some sharp turns on his path through the creative world. To make it even more interesting, Wil found a way to break through some pretty sturdy stereotypes by combining theatre and rugby as his biggest passions in life. His love for the West End and anything art, as well as his undying interest in music led him to believe that the path for him is sound engineering. With some twists and turns, however, Wil ended up doing what he seemingly was meant to do all along – production! LBB’s Nisna Mahtani told us his story so far.

“In Our Partnership, Nothing Is Off-limits and there Are No Hard Feelings”

Who doesn’t love a powerful duo!? Mia Rafowitz, copywriter and Cara Cecchini, art director at Droga 5 share a seven-year-long partnership story to tell. With a balanced combination of a healthy level of jealousy and mutual admiration, the two creatives have developed a truly incomparable friendship over the years of working together. Although having gone to the same university, Mia and Cara didn’t meet until one of their professors unknowingly (or not so much) did fate’s work and put them together, having recognised their compatible talents. Both of them expressing their creativity since a very young age, the passions and hobbies they pursued took them to their first milestone in the creative industry – namely, an internship at Grey New York, which they went in to together. LBB’s Ben Conway told us the fascinating ways in which these two mix and match to become the inspiring collective that they are.

Looking for the Good with Pat Hall

“Look for the good,” is what Pat Hall’s mother kept telling him as he was growing up. She herself grew up with the same mantra, passed on to her by her father. Looking for the good led Pat to find the stories that are worth telling as a director at The Stept Studios. As early as at the age of 14, Pat became a finalist in the Santa Barbara International Film Festival’s 10-10-10 student filmmaking competition and won. That win gave the kickstart to what later became his career and biggest passion. From his earliest project, where he was so afraid his collaborators would find out how nervous he was, to one of his latest and most ground breaking – the teaser trailer for the 2020 League of Legends World Finals – Pat’s story is definitely an inspiring one. LBB’s Addison Capper told us more about all of it in detail.

Millie Padmanabhan on the Shaping of Her Craft and Creativity

‘Art enthusiast’ is what Millie Padmanabhan would describe herself as even as a child. Always running away from the stillness of everyday life through creating, it was almost inevitable that she would end up in a role similar to what she is in now – namely, digital designer at Cheil Australia. With a strong artistic sense since childhood, Millie jumped into the industry through part-time jobs and small gigs at university, but she would describe her real big break as ‘accidental.’ However accidental, that break was definitely fateful, as she ended exactly where she needed to be. Passionate about everything she puts her mind to, her main intention for her work is to make an impact, ‘however big or small, to any person or experience in my life.’ LBB’s Zoe Antonov spoke to Millie to find out more about the impacts of her work, her upbringing and freshest ideas about the industry.

Production in Parallel with Kendal Drake and Hayley Carter

Yet another creative and powerful duo – Kendal Drake and Hayley Cater, integrated producers at adam&eveDDB, certainly fit that description and we can definitely see why you loved them so much. Although growing up with interests rooted anywhere but in creativity, but after some twists and turns found their way. Once Kendal went to Boston University and first fell the thrill of being a producer inside a control room, she could never really look back. And neither did Hayley, after she found herself straying from her originally chosen university course, and instead trying to orchestrate larger multimedia work. To find out more about how exactly they got to adam&eveDDB and what happened beyond that, read what LBB’s Alex Reeves had to tell us about this creative duo!

Ane Santiago Quintas and Emma Mällinen manage to strike the golden balance between intensity and vulnerability, and still thrive off of both. Both Ane and Emma had very early inklings that they will end up in their current careers – Ane being a copywriter and Emma, an art director, at Wieden+Kennedy Amsterdam. While Ane always had a special relationship with words and stories, Emma was always fascinated by visuals, always living deep in their imaginary world. Although with a similar start, the drive of both of the creatives comes from different crevasses in their minds – Emma admits being motivated by the inevitability of death, and wanting to make the best of the time they have, whereas Ane sees the root cause of creativity, simply put, in love. A dramatic, charismatic and highly intense duo, LBB’s Alex Reeves tells us the story of how they collided and what came after!

Nurtured and encouraged creatively – that’s how Ramy Mohram, director at Czar, grew up, which ultimately gave him the chance to spread his wings and fly creatively. Ramy’s first music video was as early as 16 years-of-age, for which he admits to have been ‘scared as hell,’ but ultimately his vision was what led him forward and helped him exceed – something that helps him to this day in his career. Having always been ambitious, he still puts his career as his top priority since he first began directing – and that shows in the fact that he is ready to approach any project by throwing himself completely into it. LBB’s Alex Reeves told us more about Ramy’s dedication, career path and inspirations.

Why Henry Chang Believes Concepts Are as Important as Craft

Henry Chang, art director at The Imaginary Forces, always felt he was aware of balance, form and textures. These insights helped him a lot while studying Motion Media Design at the Savannah College of Art and Design, where he also taught himself coding. Almost immediately after his graduation he joined the team at Imaginary Forces, where he designed his first frames: “Even though my contribution was small compared to all other artists, this experience gave me a huge confidence.” Henry took that confidence and ran with it, in order to continue to be able to jump headfirst into opportunities that might arise in the industry. Read more about his approach towards meaningful work, his aspirations for the future and strive for perfection.