Most of the Time, Culture Influences What We Do. If You're Lucky, You Get to Influence Culture

The Influencers 441 Add to collection

INFLUENCER: Neil Dawson on how the stars aligned with Philips' iconic Carousel ad 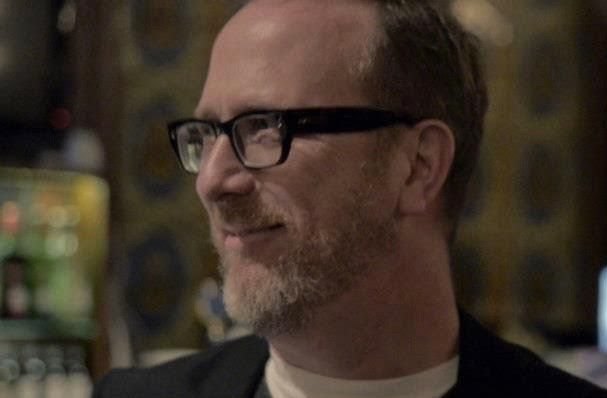 Sometimes the stars align, where everything and (more importantly) everyone comes together to create a piece of work that resonates outside of adland.

Every manufacturer of televisions tries to persuade us that their screen provides the best viewing experience. Invariably this is based on a new widget. Sony very successfully claimed an oft used claim - colour – when they sent those bouncy balls down a San Francisco street. Their endline ‘Colour like no other’ cleverly suggested that it was the best without actually claiming it.

Meanwhile in Philipsland somewhere in the Netherlands, it occurred to some clever bod that no manufacturer of televisions had ever created a screen that was 21:9. This being the dimensions that a movie director works within.

What they created was a 55” monster with picture and sound quality worthy of your own private Odeon Leicester Square. But for us at DDB it had something that has become as rare as hen’s teeth. A USP.

That was one star aligned (if you can align something on its own without a point of reference?!) Anyway, you know what I mean.

I was very fortunate to work with a very smart account and planning team, assembled in London and Amsterdam by then MD, Laura Jones. We also had clients who knew the value of creativity. It occurred to us that creating the 21:9 allowed us to claim something far more meaningful than a single innovation.

Film is the biggest test of a TV. Now we could claim that Philips had a better understanding of how film was made and how it should be viewed.

A second star in place.

We went into creative development. We created a fully integrated campaign for a huge launch. Then disaster - a crisis meeting at Philips followed by massive budget cuts across the board.

Once the dust had settled all we had left was the website idea created by Chris Baylis and his team at Tribal DDB NL. Their idea for an interactive film hosted on the website was bold and emphatic. Take one aspect of film-making and create the most epic version. In this case, the tracking shot.

Chris approached a number of production companies. All were interested but nearly all were sceptical. For the money we had, it wasn’t going to be possible. Then Adam Berg from Stink Digital put forward a treatment that changed everything again.

He had an idea for the tracking shot to move through a frozen moment rather than the chaos of real explosions and gunfire.

Genius. Now the tracking movement was the only movement.

Imitation is said to be the greatest form of flattery. But as you’ve seen throughout this article, Carousel inspired more than a few YouTubers with an iPhone.

‘The Other Guys’ featuring Will Ferrell & Mark Wahlberg had its own frozen moment. And once again brilliantly in the opening sequence of Deadpool. (Love that film..)

It’s not every day that the stars even present themselves, let alone align. But on this occasion we were fortunate enough that they did.

Credit should go to the part of the team that are sometimes forgotten or seen as reluctant participants. Our clients.

The Oscars for best clients in a leading role go to Nourdin Rejeb, Gary Raucher and Andrea Ragnetti.