Leland Music counts down the best of 2017's upcoming albums 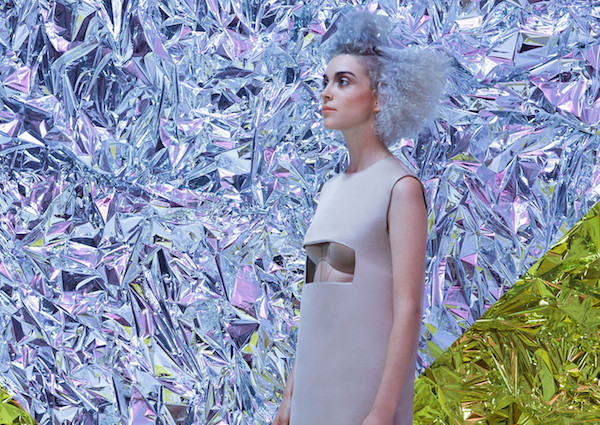 2016 was a bust in many regards, not least in taking from us some of our greatest musical heroes. However, as if to redress the balance, the year also gave birth to new talent, and produced some staggering music. The Life Of Pablo, Lemonade, A Seat At The Table - all gold. We wrote in January ’16 that one of our most highly anticipated records of the year was the then untitled, unscheduled Frank Ocean release. We got two. 2017 has a lot to live up to musically, and it’s shown no hesitation in taking up the baton and running with it. We’ve already seen the release of Brian Eno’s Reflection, The XX's I See You, Wiley’s Godfather, and Stormzy's Gang Signs & Prayer. The the bumper crop keeps on giving. Read on for our most highly anticipated releases of 2017.


Annie Clark a.k.a. St Vincent’s self-titled 2014 release was received with deserving rapture, named ‘Best New Music’ by Pitchfork and making its was onto numerous end-of-year ‘Best Of…’ lists. Since then, Clark has spent time diversifying her creative output. She’s designed a new Ernie Ball guitar which she describes as ’ergonomic, lightweight, and sleek [with] room for a breast. Or two.’ She’s also broadened her musical remit to include film score, with recent credits including Kristen Stewart’s short film Come Swim and, more recently, the all-female horror anthology XX, for which Clark also made her directorial debut. This diversification seems to have informed her creative process in the writing of her newest album, which she describes as ‘the deepest, boldest work I’ve ever done’.


The release of Marling’s sixth studio album is tantalisingly close. Recorded in LA alongside producer Blake Mills, Marling says of her writing process ‘It’s me looking specifically at women and feeling great empathy towards them and by proxy towards myself.’ Three singles - ‘Wildfire’, ‘Soothing’, and ‘Next Time’ - have already made their way into the world, the latter two of which are accompanied by languid, beautifully choreographed videos directed by Marling herself. All three singles demonstrate the brooding melancholy we’ve come to expect from this artist, with an ever-growing maturity in voice and instrumentation influenced by her time spent on the West coast of America.


Following a near six-year hiatus, Gorillaz are back. On the eve of ol’ tiny hands’ inauguration they released ‘Hallelujah Money’, a satirical take-down of the incoming POTUS, featuring vocals by Mercury Prize winner Benjamin Clementine. The track won’t be on the new record, but around the same time Gorillaz' Noodle released a playlist featuring the music of ‘kick-ass women’ giving fans insight into their current influences. Consider our appetites whetted.

It’s no surprise that London Grammar have waited so long to release their second album. The success of If You Wait, released in 2013 is enough to burden even the strongest of creative forces with pressure of expectation. If the first two singles ‘Rooting For You’ and ‘Big Picture’ are anything to go by, it was worth the wait. They're classic London Grammar, only left in the oven for longer. Hannah Reid’s voice, previously classically beautiful, has climbed the ranks to transcent. If these first tastes are any indicator of what they’ve been getting up to for the last four years, it’s been time well spent.

Haim have your sound of the summer covered. Pegged for release in the warmer months, the follow-up to 2013’s of Days Are Gone is another album that’s been gestating for a while, and with good reason. The astronomical success of the first album calls for a striking sophomore effort, the pressure of which has caused the band to cancel tour dates in order to keep up the momentum. Their decision to place production duties in the hands of Ariel Rechtshaid once again, with additional input from Rostam Batmanglij of Vampire Weekend, has us confident that we can expect more of the magic that made their 2013 release so special.


Like Gorillaz, Arcade Fire also put out an inauguration eve single (‘I Give You Power’) that seems to foreshadow an imminent album drop. Couple that with Will Butler’s admission in an interview with NME last year that ‘We’re all itching to play music together and start recording things’, and a headline set at the Isle of Wight Festival this summer, and all signs point to a new release. If ‘I Give You Power’, which opens with a hint of the organ synonymous in fans’ minds with ‘Intervention’, only to give way to a swaggering, synthy base-line is any indication, we might be in for something a little different this time round.

Anna is a Music Researcher at Leland Music. Find out more about their work at lelandmusic.co.uk.