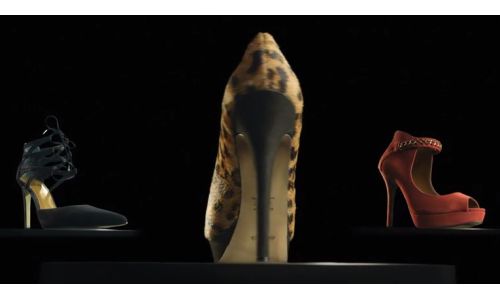 This Saturday (May 24), Heineken, official sponsor of the UEFA Champions League, will promote the “Heineken Shoe Sale” action, to ensure that attached men are given “time off” by their better halves so they can watch the UEFA Champions League grand finale. Concurrently with the game between Real Madrid and Atlético de Madrid, the brand is organizing a blowout women’s shoe sale at Shoestock stores with discounts of up to 50%. Created by Wieden+Kennedy, the goal of this campaign is for soccer fans to forward the news to their girlfriends and wives, convincing them to enjoy the sales while they enjoy the best of European soccer with their friends.

According to Bernardo Spielmann, director of the Heineken brand and Sponsorships at Heineken Brazil, the action is entirely good-natured and will generate conversation, surprise consumers and bring the brand closer to the UEFA Champions League. “Our goal is to run a fun campaign unlike anything we have ever organized in Brazil. Therefore, the “Heineken Shoe Sale” will be announced with a humorous tone in the digital environment, including teasers, email marketing and videos,” he comments.

“The idea is to help guarantee men time to watch the game on Saturday afternoon. So we’re going to provide an argument that will make it so their wives or girlfriends have something interesting to do during the game. He’s going to surprise her with news about a shoe sale. And she, in turn, can leave him to watch the UEFA Champions League final,” explains Otavio Schiavon, Creative Director at Wieden+Kennedy.

The 1st Heineken Shoe Sale campaign will begin Wednesday, May 21, on YouTube, ESPN and Esporte Interativo.

A Voz do Brasil