MoneySuperMarket Promises to Help You ‘Get Money Calm’

Comedic campaign by Engine features a calming voice over Matt Berry, as well as a new logo and a parachuting cat 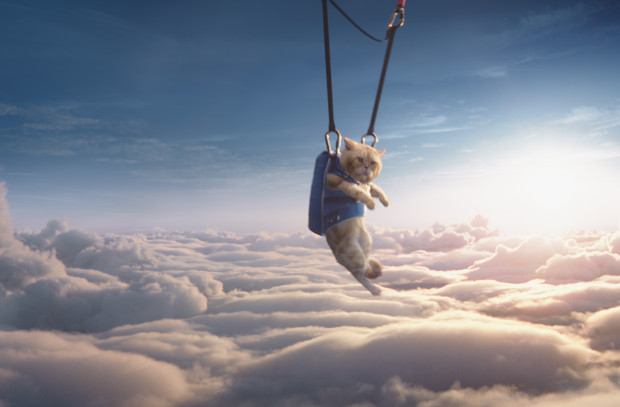 MoneySuperMarket has unveiled a brand transformation campaign designed to propel the company into a future beyond price comparison, where customers can ‘Get Money Calm’ by using a new suite of more proactive and personalised services to monitor, switch and save painlessly on their household bills.
MoneySuperMarket has introduced a new logo and visual identity that will permeate every customer touchpoint - from its website and apps, to its CRM and advertising - while customers will also be able to access new credit monitoring and bill management services, alongside traditional price comparison.
Darren Bentley, chief customer officer at Moneysupermarket Group, said: “Our research showed that 80% of people like to feel in control of their money, but less than 10% would ever claim to feel calm about their finances. Even the most money-savvy among us finds dealing with bills stressful and that’s the insight on which we’ve built our new brand idea.
“Our role is to remove the sources of financial anxiety and help our customers ‘Get Money Calm’. That’s the idea behind our new advertising campaign but, more importantly, it will also drive our end-to-end customer experience and our product innovation. We want to offer our customers more clever ways to save a lot by doing very little.”
MoneySuperMarket has worked with Engine to create an integrated marketing campaign that spans OOH, radio, press, CRM, social media and editorial content. It launches this Saturday with a 60” TV spot directed by Matthijs van Heijningen, with post-production by the Oscar-winning visual effects company Framestore and a voiceover by actor Matt Berry.
Annie Gallimore, managing director at Engine, said: “We have known from the start of working with the MoneySuperMarket team that if we are truly to deliver on the strategy, then the promise to ‘Get Money Calm’ needs to be reflected in every experience a customer has with the brand - from a piece of advertising, to checking their credit score before applying for a credit card, to running a quote for switching energy - as well as how the brand looks and sounds in its simplest forms. A brand transformation of this scale has taken time and close collaboration with MoneySuperMarket - and this is just the beginning. It’s a real team effort that reflects the way that modern brand-agency relationships can work at their best.”
view more - Creative