Creative 476 Add to collection
Instead of waiting to be censored, SavageXFenty’s campaign censors its own content to announce their upcoming fashion show 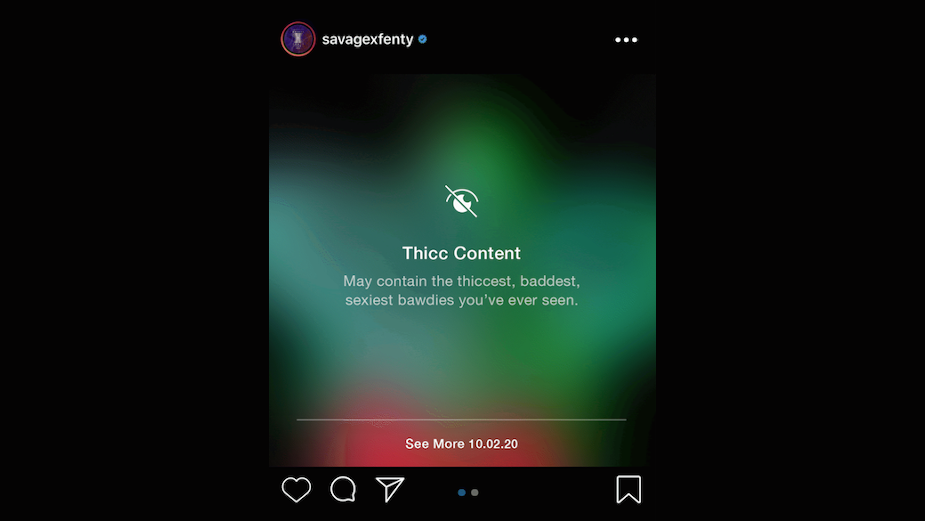 The #SavageNotSorry campaign flips Instagram’s own ‘sensitive content’ UX on its head by putting fake Instagram censorship warnings on posts such as Unapologetic Content, Spicy Content, Thicc Content, and more. When users swipe left, an unapologetic image of a SavageXFenty model from the fashion show is revealed with #SavageNotSorry.

Mojo Supermarket found the insight that SavageXFenty’s photos get reported on Instagram, daily, which results in them getting taken down, or getting censored as ‘sensitive content’. Not because there’s anything wrong with the images. But because, according agency chief creative officer Mo Said: "some bigot, somewhere, doesn’t like seeing lingerie models with different skin tones, body types, ethnicities, or sexual orientations."

“Even in 2020— the majority gets to control what ‘sexy’ looks like.” said Emily Berger, senior creative on the project. “So instead of waiting for our content to get censored by the internet— we censored it ourselves. We hacked Instagram’s ‘sensitive content’ UX and put our campaign behind warnings of our own. Warnings to let people know that the show contains individuals that are too loud, too thicc, too unapologetic and too savage for some sensitive people. Instead of being silenced by haters, we silenced their hate.”

The #SavageNotSorry platform has been amplified by celebrities like Rico Nasty, Nazanin Pimentel, and Gigi Goode.

Part of the inspiration for the campaign also came from Rihanna’s own experience of having her Instagram account disabled after posting photos that were deemed ‘NSFW.’  A fact that fans didn't forget about.

In addition to the ‘Sensitive Content’ posts, Mojo Supermarket and Amazon have also teamed up to create a suite of customisable social content that fans can use to express their own #SavageNotSorry stories, launching later this week.

“Without a big media budget or the ability to throw a big promo party, we knew we needed a campaign that would spread on its own,” said Camilo Galofre, director of art and design. “The best kinds of campaigns are the ones where the fans participate and choose to become your media plan.” 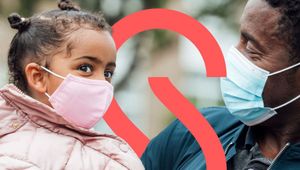 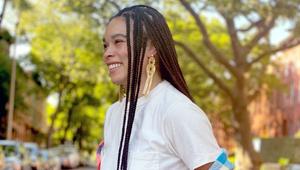 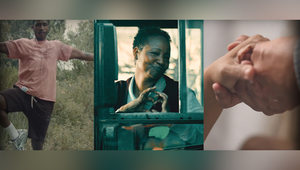 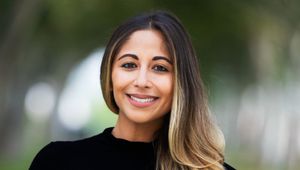