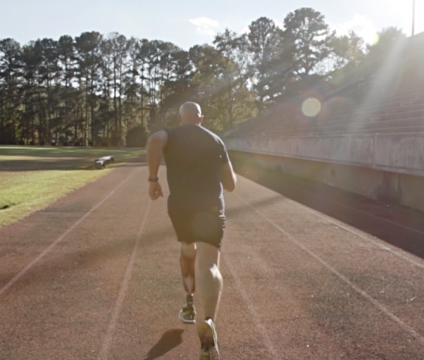 “I’m A Runner” was created by MOFILM, the crowdsourcing agency that discovers new talent and fresh ideas for brands through creative competitions, and director Landon Donoho. It features Philip Clark, an amputee runner who met Donoho and producer Melissa Lahti while they were interviewing runners for Foot Locker’s “All Runners Welcome” campaign.

“I’m A Runner” was spun from that campaign after Donoho learned Clark’s story over burgers and the drone of a jukebox playing oldies at a local tavern—Clark’s battle with bone cancer, decision to amputate his leg, rehab and recovery including lots of running. Donoho explained: “The core of our concept is that everyone has the ability to find the freedom and release of running. We could not have found a more perfect representative of this thought than Philip.”