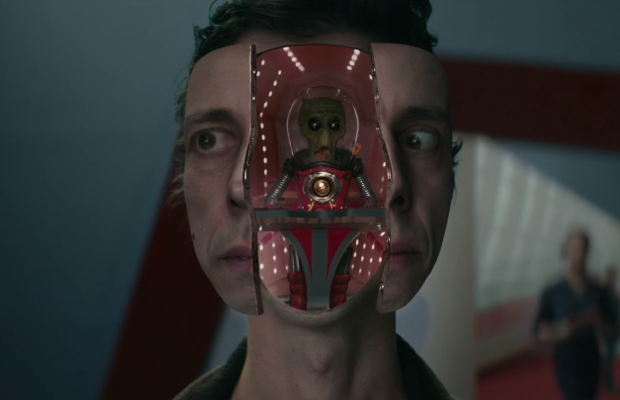 The new Sky video, created by FCB Brasil and staring Gisele Bündchen, shows how quickly a new movie goes from the movie theatres directly to Sky Play, the on-demand video platform of the largest paid satellite TV provider in Brazil.
"We believe that this strategy will amplify the message that Sky Play is a one-of-a-kind experience that doesn't let our programming take a day off – after all, it lets Sky customers watch a variety of content their own way: whatever, whenever, and wherever they want," said Alex Rocco, Marketing Director at Sky.
In the video, titled ‘HR’, the recently-arrived characters, in their first contact with the human resources department, are immediately called on by the model. Part of the Sky Play Corp. campaign, the video uses a lighthearted dynamic to emphasise how quickly new releases go from the theatre to Sky Play's programming, and also reinforces the slogan "With Sky Play, programming doesn't get a day off and you watch it wherever, whenever, and however you want."
"Sky Play Corp. is the world where the best movies and characters come together, including those that have just left the silver screen. And the person responsible for organising this universe is Gisele Bündchen, who chooses the best characters to become part of Sky Play," commented Joanna Monteiro, FCB Brazil CCO.
The Sky Play Corp. campaign videos are large productions that parody more than 150 characters. They required five days of filming and a production team of around 180 people per day. The filming location was the Corinthians Arena, which, after extensive post-production work, was transformed into the imposing Sky Play Corp.
The video will be shown on broadcast TV and digital media.
view more - Creative