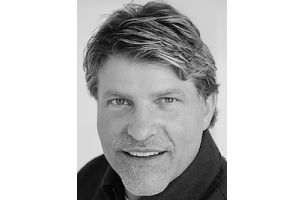 mOcean has welcomed Mitch Monson as Creative Director / Client Partner, where he will deepen the creative marketing agency’s footprint in motion design. An Emmy-winning designer, Monson has collaborated with some of the top television networks and brands in the world, including ABC, Al Jazeera, Canal+, Comedy Central, FOX, HBO, Showtime, Canon, IBM, and Nike. He was also instrumental in creating one of the most unique and recognisable pieces of design -- the iconic Love Symbol for The Artist Formerly Known as Prince.

“We’re increasingly working across discipline boundaries to deliver what our clients have come to expect above all: efficiency, value and creative excellence,” remarks mOcean EVP/Managing Director Chuck Carey. “Mitch will strengthen this equation, given his leadership experience and track record of fusing together design, animation and storytelling in inventive ways.”

“Narrative has always been a strong point of emphasis in my past work, and I respect that mOcean has a similar approach,” adds Monson. “It’s a powerful formula to work with the amazing writers and visual storytellers here on premium, narrative-driven content marketing. I am looking forward to collaborating with such an interdisciplinary force as mOcean.”

Prior to joining mOcean, Monson was Creative Director at Trollbäck + Company in New York, where he led the rebrand of the BBC masterbrand; brand identities for the 2016 Rio Summer Olympics and the upcoming 2018 PyeongChang Winter Olympics for NBC Sports; and the original “Mr. Robot” show packaging for USA Network, to name a few projects.