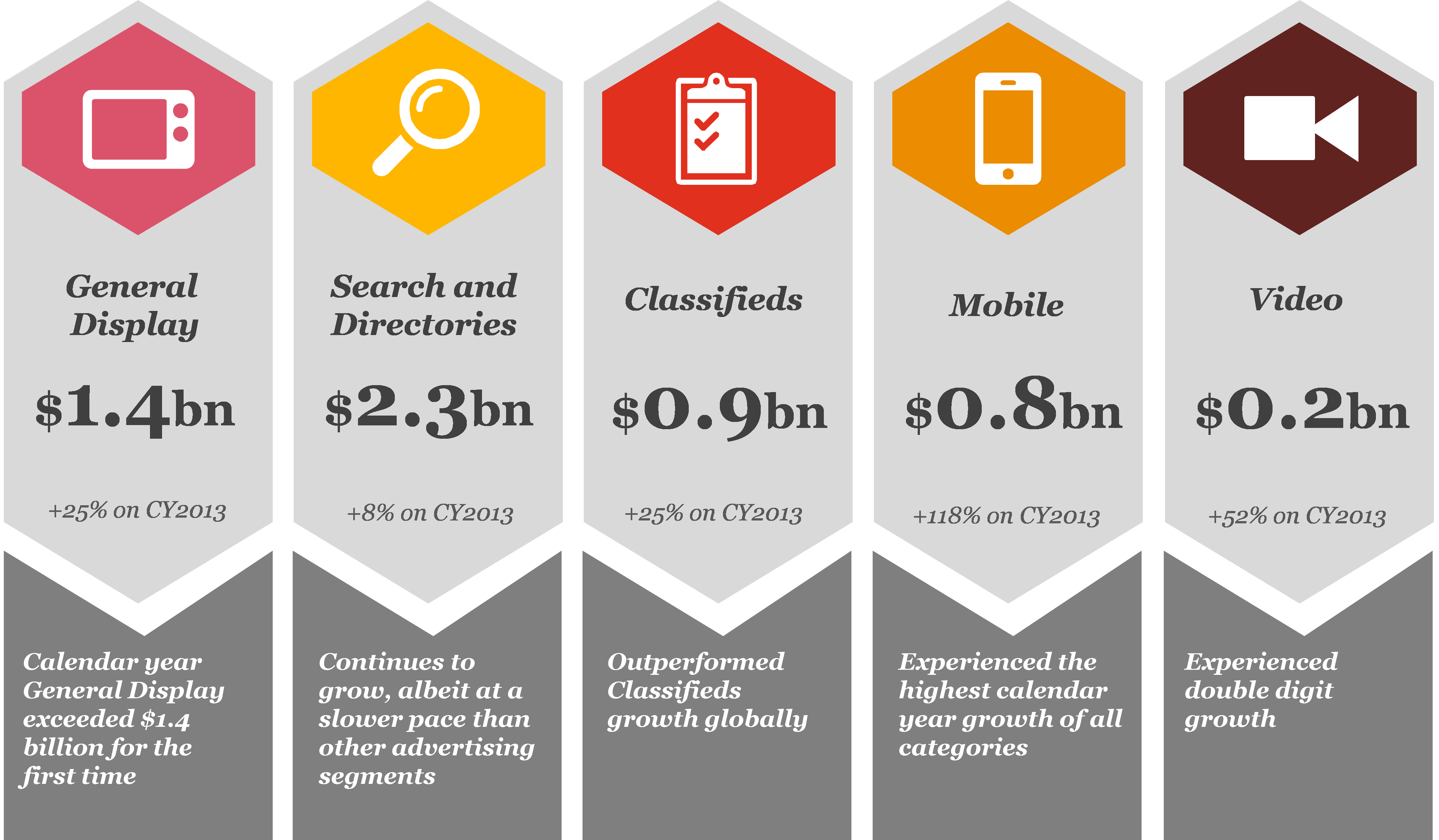 The report, which is compiled by PricewaterhouseCoopers on behalf of the IAB, shows that overall expenditure for the calendar year across all categories reached $4.6 billion, a 16 per cent year-on-year increase. Total advertising expenditure for the December 2014 quarter was $1.2 billion, up 7.1pc from the 2013 December quarter.

FMCG has emerged as the largest spending category for video advertising at 16.5pc share for the full calendar year, while retail had its strongest ever quarter in Q4, reaching 10.9pc of the total display sector.

"While we are delighted about the sustained and robust growth of online advertising, we are most pleased that the proportion of expenditure in specific categories is aligning to category shares in the advertising market as a whole. This signifies that advertisers are seeing digital categories as being a comparable investment to their traditional counterparts," said Alice Manners, CEO of IAB Australia.

"That's good news for the online industry and reflects the hard work done by the IAB to help establish a fair and transparent industry and to promote the digital market as an effective and valuable investment."

Retail had its strongest ever quarter in Q4 and now accounts for 10.9pc of general display online advertising. This is comparable to recent market data which indicates Retail accounts for 9.9pc of the total advertising market.

The Finance and Computers & Communications categories also both now closely align with general market advertising spend. General Display advertising was valued at $1.4 billion for the calendar year, Classifieds at $929 million and Search and Directories was again the largest category at $2.3 billion.

Classifieds demonstrated solid growth of 25pc year on year to reach 20.1pc share of the total online advertising expenditure, to make Australia one of the strongest classified markets in the world.

Industry category expenditure in General Display showed Motor Vehicles at the top with 16.9pc of the sector, a slight share decrease year on year. Real Estate continued to embrace Display with 11 percent of the market, up from an 8.7pc market share in December 2013, and Retail recorded its highest ever share of Display with 10.9pc.