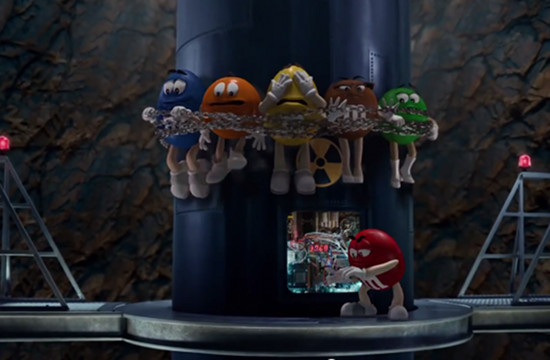 M&M’S has just launched a new public service cinema campaign to run in movie theatres across the USA. The campaign includes a fun :40 PSA film, as well as in-lobby posters designed to encourage movie goers to silence their cellphones in the theatre.

This represents the first time all six beloved M&M’S spokescandies have been featured together in one spot – as you’ll see, they band together in a mock-movie trailer where they try to save the world and one another.  Unfortunately, they’re interrupted by someone’s cell phone ringing, leaving some of the spokescandies literally hanging.

The accompanying in-theatre posters reinforce the cinema motif of this campaign, with Red and Yellow in starring roles. 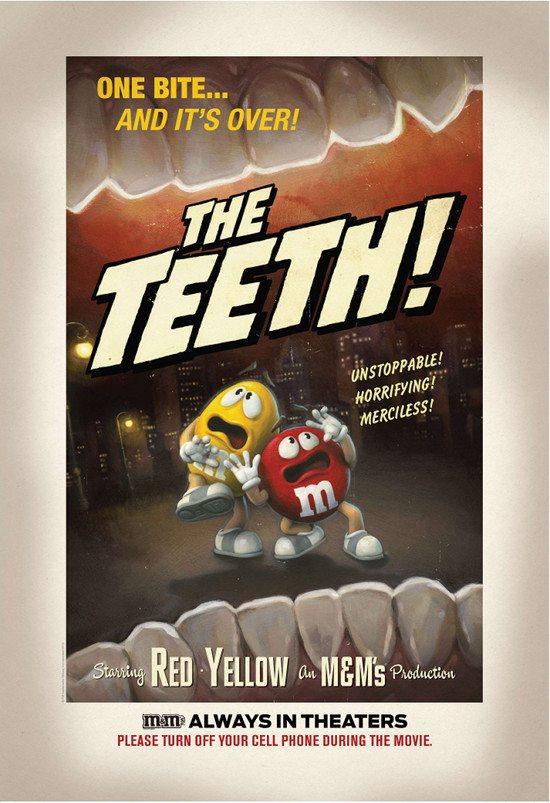