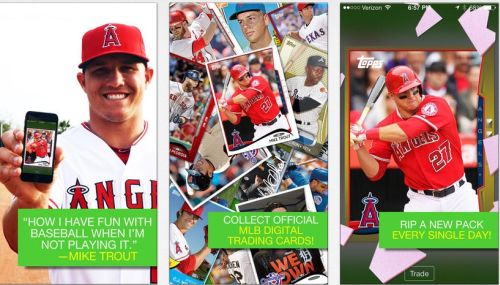 In the same way that digital media is transforming reading books, listening to music, and watching television, BUNT 2014 is changing the game for baseball card collecting. BUNT users can collect digital cards, trade with friends, and complete sets, just like with classic cards. And because it is digital, BUNT users enjoy innovative new twists, like live baseball statistics, real-time card rarity, limited edition flash sales, and the ability to carry their entire card collection in their pockets. The app launches with fun new features, including:

"We're seeing users whose first Topps baseball card is a digital one," continues Bramlage. "In fact, 81 percent of our users are between the ages of 13 and 25 years old. It's no surprise that this digitally-savvy generation is embracing the thrill of the chase with digital collecting. And with Mike Trout helping to spread the word, we believe BUNT 2014 is a must-have app for anyone who considers themselves a baseball fan."