Leading with a stronger health based message all year round, rather than a seasonally-focused campaign 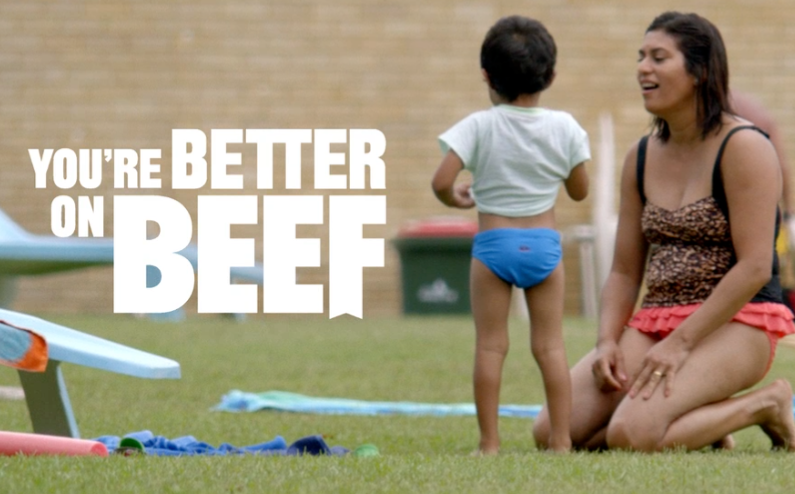 The latest beef campaign from Meat & Livestock Australia (MLA), "You're better on Beef", sets out to modernise beef and remind Australians of its nutritional benefits.

“We want to remind busy working families about the benefits of eating beef. These families make up one third of Australian households and spend more than $2 billion on beef each year and we know they have a strong emotional desire to feed their families healthy, satisfying meals,” MLA marketing manager Andrew Howie said.

A recent review of MLA’s consumer beef marketing program revealed the need for a stronger, revitalised health based message all year round, rather than at traditionally seasonally-focused campaign periods.

The launch TVC incorporates real audio from some of the Australia’s most famous sporting moments including Cathy Freeman’s gold medal at the Sydney Olympics, Ian Thorpe’s 200- meter freestyle world record in 2000 and other iconic sound bites.

Says Cam Blackley, BMF executive creative director: “The chance to reframe an Aussie icon like Beef as the ultimate life fuel is one of our proudest moments. We are looking forward to developing this brand idea over the coming years.”

Howie adds: “Communicating the benefits of a healthy balanced lifestyle to families shouldn't be boring. Modern life is busy, packed full of challenges. We wanted to show families that the benefits of beef make it easier to overcome those challenges you face every day.”

From this weekend the 60sec launch commercial will screen on free to air and subscription channels with seasonal and tactical executions to follow and will be hugely supported by outdoor executions, radio, social media and in-store activities.