Moore joins from The Lodge Music, while Korte was formerly music director at Saatchi & Saatchi 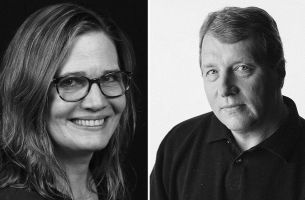 Integrated creative studio Mixtape Club has welcomed Sallie Moore as Executive Producer; Music, and Eric Korte as Head of Production; Music & Sound. The hires round out a company expansion that also includes doubling its studio space and merging with the composer’s collective Huma-Huma, which has become the Mixtape Club music department.

The veteran duo will fill complementary roles, which Mixtape Club established in order to bolster and expand its music and sound departments. Moore comes on board following a decade as Executive Producer at award-winning music and sound company The Lodge Music. She will be at the helm of client relations and business development, for both original music and licensing from the Huma-Huma Catalog. Meanwhile, Korte, formerly Music Director at Saatchi & Saatchi, will shepherd clients through the music production and selection process.

“Our roster of clients and portfolio of work has grown quite diverse through the years,” says Mixtape Club Partner/Executive Creative Director Chris Lenox Smith. “Meanwhile, we’ve built up our staff and even our physical infrastructure to keep the quality of work on par with our growth. Knowing we were primed for the next big leap as a company, particularly with our music and sound side, the logical next step was to bring on senior talent of Eric and Sallie’s caliber.”

During her tenure at The Lodge Music, Moore was instrumental to the growth of the company, which now licenses and creates original music worldwide. Meanwhile, she helped realise an array of noteworthy campaigns and content for clients such as Mercedes, Norwegian Cruise Lines, Hershey’s Kisses, Humana, and Minute Maid. Moore’s extensive music industry career took off at Grey Worldwide as Music Producer. For the past four years, she has also served as the New York chapter president of the Association of Music Producers (AMP), an AICP-affiliated trade organization for commercial music production companies.

“Mixtape Club’s ability to tell a story through animation, original music - even their catalog - is unique,” remarks Moore. “I immediately bought into their artistic vision, specifically the storytelling aspect, which I believe is at the core of all great advertising. Combining these elements in innovative ways is part of the buzz Mixtape Club is going to generate industry-wide.”

Korte, too, will enlighten how Mixtape Club engages and collaborates with commercial clients. As the roles of commercial producers have become increasingly business-driven, he is especially keen on being more involved in the creative process as a musician himself.

“I’ve always been pretty hands-on as a music producer,” says Korte, who has music directed campaigns with Linda Ronstadt, Michael McDonald, Cyndi Lauper, Ry Cooder and many other acclaimed artists over the years. “The technical aspects of music can be very intimidating to the non-musician, so my role as translator is critical. I pride myself on being able to communicate with not only account execs, but also composers and musicians in a way that’s effective and meaningful to them.”

Prior to embarking on his 25+ year advertising career, Korte studied composition and music theory in college, followed by several years working in a recording studio. During his tenure at Saatchi & Saatchi, he brought innumerable campaigns to life through music and sound for legacy brands, such as Miller, Walmart, Tide, Pampers, Olay, and Cheerios. He played a role in virtually every spot that led to Saatchi & Saatchi’s prestigious Cannes Lion Agency of the Year honor (2007), as well as a Silver Lion for JCPenney’s “Aviator” campaign (2008).

“Our recent expansion was all about creating a flexible workspace and workflow that would support multidisciplinary content for our staff and clients alike,” concludes Smith. “But we know that even when you have the best tools and creative talent, you have to have the right leadership in place to get the most out of it. Eric and Sallie are the dream team to make that happen because they’re in tune with the creative process, as well as the idea of building a business — not to mention they know our industry from both the client and production side.”