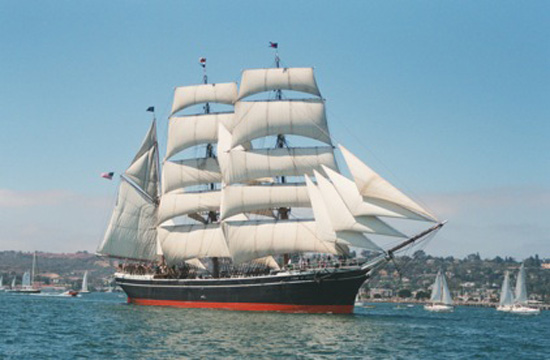 Ubisoft’s latest installment of their popular video game franchise “Assassin’s Creed” will be promoted at this year’s Comic-Con convention held here (July 19-20) in a totally unconventional way – by moving a 150 year-old sailing ship, the Star of India, from the Maritime Museum of San Diego to a berth adjacent to the convention center. The vessel will fly pirate flags and feature projections, lights, gaming booths, characters dressed in full Assassin’s Creed regalia and a ship’s cannon on the bowsprit that will fire two to three rounds a day to entice visitors. This massive, one of a kind experiential event is the brainchild of Ubisoft’s internal marketing team in collaboration with their Venice Beach based advertising agency Mistress, which Adweek just named one of America’s Top Ten advertising agencies based in Los Angeles. 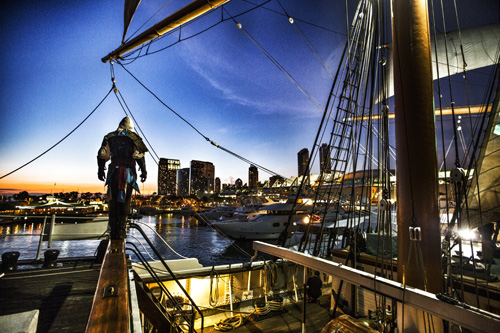 The Star of India weighs 1197 tons gross, is 278 feet long (including bowsprit), 35 feet wide and 127 feet tall (full rigged, deck to top of mast). Built in England in 1863, the ship collided with a Spanish brig on its maiden voyage from Liverpool and the crew mutinied, but by 1897 the vessel had made 21 trips around the world as a freighter and passenger vessel with ports of call in New Zealand, Australia, California and Chile. It was sold to the Zoological Society of San Diego in 1926, restored in 1976 and made part of the museum’s permanent collection. The Star is fully seaworthy, it makes one trip a year every November; however, this year, the majestic vessel adds a new port of call – Comic-Con. 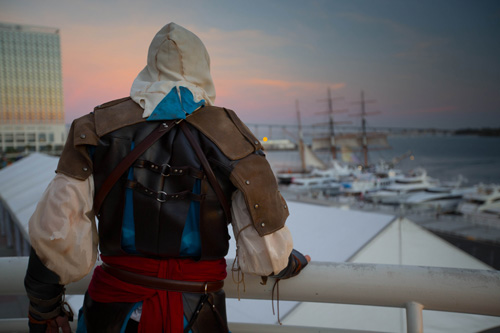 Assassin’s Creed IV Black Flag tells the story of Edward Kenway, a young British man with a thirst for danger and adventure, who falls from privateering for the Royal Navy into piracy as the war between the major Empires comes to an end. Set at the dawn of the 18th Century, the game features some of the most infamous pirates in history, such as Blackbeard and Charles Vane, and takes players on a journey throughout the West Indies during a turbulent and violent period of time later to become known as the Golden Age of Pirates. 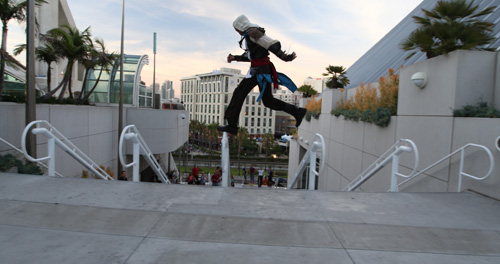 “Ubisoft is one of the rare marketers who not only buy into a vision but have the guts to execute against it,” says Jens Stoelken, strategist and partner at Mistress. “To move one of the world's biggest windjammers from it's retirement home in a museum right into the heart of Comic-Con is a big, ballsy and a true statement. Believe me, not just the fans of Assassin's Creed – Under the Black Flag will be impressed. So will everyone else.”

The vessel was moved from its home berth on Tuesday, July 16 and is now settled in dock behind the San Diego convention center. Today, the ship's mainsail with an Assassin’s Creed logo will be hoisted on Friday and Saturday and the ship will be open to Comic-Con attendees, with a massive VIP party, celebrity and media event on Friday night. 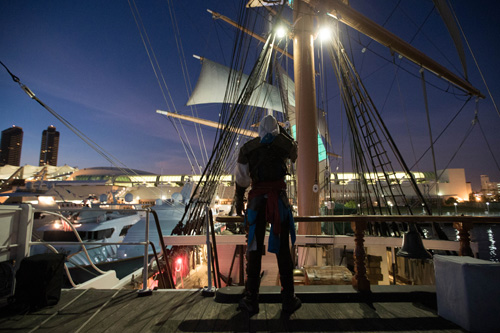