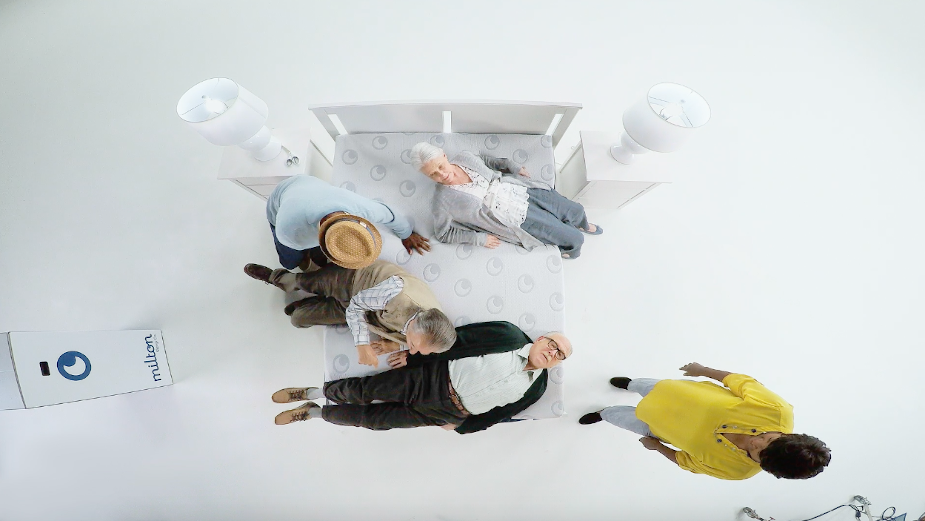 Milton Sleep Co. debuted July 4th weekend as a 70-year-old startup with a new bed-in-a-box brand created by agency Greatest Common Factory (GCF). The Milton addresses the qualms many older consumers have with the concept of a foldable bed. Advertising confronts this issue head-on while stressing Milton’s 70-year history of mattress making (the company has become a primary supplier for some of the country’s largest retailers).

“We’re entering the bed-in-a-box category with a distinct advantage – a premier product at an attractive price,” said Michael Karotkin, CEO of Milton. “We’ve made all kinds of mattresses for seven decades, so we’ve seen what works best for people. As a US manufacturer working directly with consumers, we can offer a better product with no unnecessary markup.”

Milton purchased the technology to make bed-in-a-box several years ago, but none of its customers wanted one. So, the company decided to enter the market on its own. GCF has created the brand entirely, from name to logo, packaging, website, and advertising. GCF tested four brands with groups of 200 consumers, using MaruBlue’s heat-mapping technique to contrast what consumers loved and hated about the value propositions in sample ads. Milton, named for the company’s late founder and namesake, emerged as the clear winner. And people’s misgivings about 'bed-in-a box' mattresses, combined with their trust in Milton’s heritage, stood out as the differentiation territory.

“Our most valuable takeaway was that people over a certain age do not trust this product,” said John. “So, we have to address it. Because they have money, and they buy beds, and do we want to try to reach them or not? And instead of saying, "They don't like it," we said, "They don't like it. What are we going to do about it?" And so, that's why we did the 70-year-old unboxing thing.”

“This is a new entry but it’s hardly a startup,” said John Trahar, creative and strategy lead at GCF. “With 70 years’ experience, Milton isn’t making any bed-in-a-box, they’re making the right bed-in-a-box.” “This is a company that's been behind the scenes all this time, founded by a man who built a very successful company making things for other brands, and now he's getting his due. The company he's founded has been putting other people's names on the things they make, and now they're actually getting to put his name on it. So, there's something in there.”

Ad headlines emphasise the heritage. "Chances are we slept with your parents. And your grandparents," leads one ad that closes with “70 years of sleep experience. First time on the Internet.” Another proclaims, “A bed seven decades in the making.” “The lead commercial, a 90-second film, dramatises the surprise in experiencing the new Milton first hand by showing older consumers dissing, then trying the bed and sharing their astonishment at how much they like it. A series of 30-second commercials and social media thumbnails make the point that Milton has manufactured well-known brands’ mattresses for decades. With an opening weekend special – take a fourth off for the Fourth – the ads will run through summer on search and social media platforms (Facebook, Instagram, and YouTube).

Check out other spots in the campaign here.

The logo balances heritage and approachability with a lowercase signature that mimics the moon as a universal symbol for sleep. The box emphasises clean lines and easy reading, with both sides reinforcing that this is Milton and it’s about sleep. And the website emphasises “70 years of sleep experience shipped right to your door,” while promising “sweet dreams made in America.”

“The frontier is opening for manufacturer-to-consumer brands,” said John. “Recent delivery issues for all kinds of products have shown people the primacy of the supply chain. The closer you are to it, the more control you have over it.”

GCF shot the campaign over three days in a studio in Bastrop, Texas. Most of the extended Milton team watched via live remote. Milton’s daughter Lonnie, in her Eighties, was watching the shoot online, texting the creative team her reactions continuously.

Milton serves as a showcase for GCF’s approach, which John started to merge creative, production and strategy in a way not supported by the traditional agency. “This is why we go to work every day – to do this kind of work,” said John. “We’ve eliminated the dislocation inherent in the traditional, sequential approach to advertising by tackling the whole problem together at once. With Milton, we have a proud family that’s personally invested, which makes it even more powerful. We treat every brand like our grandfathers started it.” 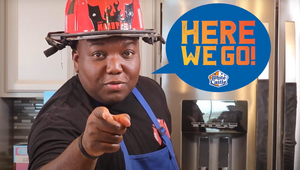 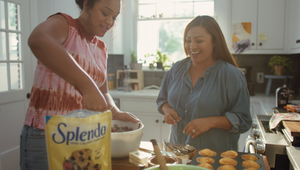 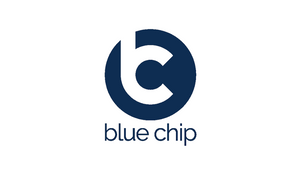 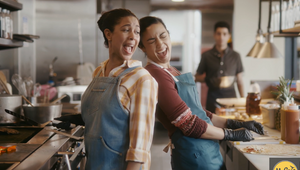