The Influencers 305 Add to collection 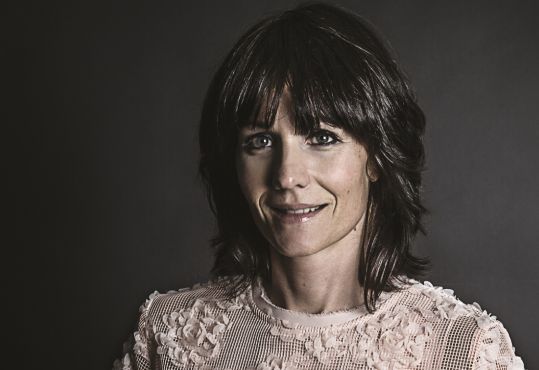 A new survey just out has revealed millennials are burning out more than any other generation, with almost three in 10 saying they’re “very often or always” burned out at work, and a massive seven in 10 say they “sometimes” experience burnout.

These are worrying figures, not least because we are all increasingly relying on millennials. They’ll make up 75% of  global workforce by the year 2025, with the youngest of the generation out of university - and the oldest now approaching their 40s - and they are predicted to outnumber baby boomers next year.

The problem is that millennials are often misunderstood by their bosses and managers, and even their colleagues, and as a result, are often mis-managed.

I’ve worked with loads of millennials over the years, and heard all about their hopes, dreams and fears - and I think I’ve worked out exactly what they need to prevent the chronic stress, depression, and physical and emotional exhaustion that burnout can bring.

So what do millennials want and need?

Millennials - those born roughly between 1981 and 1996 - are unlikely ever to retire as our pensions vanish into the horizon, so they are keen to prioritise work-life balance. They work to live, not live to work like so many boomers.

Millennials are also the most racially and ethnically diverse generation yet, and they will only feel comfortable in a business that’s equally diverse and inclusive.

They’ve grown up through some tough economic, social and global situations, so it’s no surprise they crave stability at work. Yet they are more optimistic about the future than previous generations and want employers who share their passion for a brighter future. They are idealistic, and they expect their employers not only to play a part in making the world a better place but to ensure that the workplace is pleasant to be in.

In fact, more than a third (39%) of millennials will consider changing jobs if their company decreases workplace spending, and two-thirds (66%) say they will be more loyal to companies that improve office surroundings.

Millennials are also more collaborative than their predecessors as they’ve grown up being encouraged to work in partnership with classmates instead of competing against them. As a result, they want a collaborative and inclusive open plan workplace so they can easily and regularly come together to brainstorm or problem solve.

They also want professional mentors who will invest in them - they want to be able to look up to their bosses, as well as trust the businesses they work for.

The Deloitte Millennial Survey 2018 found that millennials’ confidence in business and loyalty to employers has slumped, and they yearn for leaders who won’t just help their careers, but whose decisions might benefit the wider world to boot.

They have no inherent trust in institutions or people in power because they caused those aforementioned tough economic, social and global upheavals they’ve already lived through - it’s why they will increasingly only invest in brands that they see as ethical, sustainable and with values they identify with.

They’ve also been raised by parents who have constantly coached them and said that if they worked hard enough they could be successful - it explains their need for feedback on whether they’re doing a good job. Rather than coming from self-obsession, it’s because their upbringing has led them to expect it, coupled with living online and getting constant feedback on social media in their personal lives.

According to another recent survey, they are also working to learn and are prepared to work hard, but on their own terms. It found learning and development, flexibility and stability were some of the key job requirements for millennials, with 42% saying L&D was the most important benefit after salary when deciding where to work.

It’s hardly surprising that they are so keen to improve themselves and focussed on hearing how they’re performing when the media is constantly banging on about how lazy, precious, entitled, narcissistic and feckless they are too.

And that’s before we even get on to their technological skills. They’re the most educated and tech savvy generation in history. They need to have the latest technology and software in the workplace to get their jobs done - they find the idea of working in an environment without up-to-date gear unimaginable.

They expect to be able to access the very latest in tools wherever they are, and whatever device they are using. After all, they are used to working remotely and can’t see the point in turning up to the office at a set time every day. Millennials are increasingly rejecting the 9-5 and demanding flexible working - not least as more and more are taking on side hustles.

In fact, according to this year’s Deloitte study, almost 75% of millennials think a 'work from home' or 'work remotely' policy is important.

And the vast majority of them are more than happy to vote with their feet and move if it means a better workplace experience somewhere else.

Ultimately, millennials want to work for businesses that are ethical, diverse, flexible, and willing to train them to face the challenges the future will bring as jobs evolve.

If businesses can factor all these elements into their workplace cultures, we can all embrace the future of work together - whatever generation we come from.

Niki Macartney is the strategy director at Southpaw