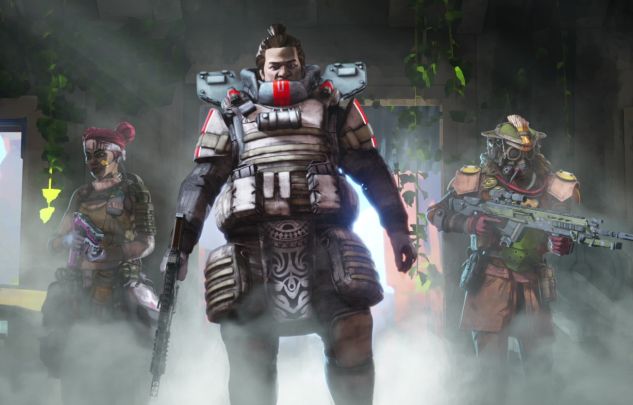 Mill+ collaborated with Respawn Entertainment on the launch of their bold, new game: Apex Legends. Set in the Titanfall universe, Apex Legends shakes up the battle royale genre with a cast of unique characters, squad-based gameplay, innovative mechanics and more.

The Mill+ team crafted an action-packed trailer and an immersive opening cinematic for this massive game launch, co-directed by Mill+ directors Lisha Tan and David Lawson. Together they created a unique ‘Moving Concept Art’ look, drawing from their different disciplines. Tan’s background is in fine art and animation, having previously directed high-profile projects including Jay-Z ‘The Story of O.J’ and Pediatric Brain Tumor Foundation ‘Losing Your Hair’. Lawson’s legacy in award-winning and complex CG includes co-directing the recent Marvel ‘Strike Force’ campaign. The look was inspired by archive gaming concepts and the existing Titanfall universe. Mill+ applied a fresh new aesthetic approach, blending both director’s creative visions, resulting in the illustrative painted effect.

Drew Stauffer, creative director, marketing of Electronic Arts / Respawn Entertainment comments: “The best part about the project was that very early on we found our north star for the visual look. From there it was all about figuring out how to bring that style to life and make it as compelling as possible.”

Performances, from the actors who bring lead-characters Mirage and Wraith to life in the game, were shot using motion-capture technology. The design and CG teams worked with a vast quantity of independent elements to create the stylized world. The Mill’s Creative Technology department developed a complex texturing process, experimenting with neural networks and algorithmic solutions, to give all the CG assets a hand-painted and brushed look.

To define flashback content, present-day narrative, and maintain a holistic vision, Mill+ co-directors David Lawson and Lisha Tan took the unusual step of developing a colour script, setting a palette for each scene. Mill colourist, Matt Osbourne, took this script and applied a final grade that separated the colours and elevated the look.

Lisha Tan, director, comments: “It was a privilege to immerse myself in a world that I already found creatively inspiring, to showcase the backstory and personality of these characters for this huge launch. The seamless creative collaboration with an extraordinary team, my background in design and illustration, and David’s award-winning CG experience enabled us to create a new way of telling the complex characters’ stories, whilst honouring the legacy of the Titanfall universe.”

David Lawson, director, comments: “Apex was such a fun project to direct, it was a great script and challenge set by Respawn and also it gave myself and Lisha the chance to really express ourselves with an action-packed story. It was so amazing to have the team at The Mill, the actors and all our other creative partners pour themselves into this. Telling exciting stories with CG characters like these is always a great journey for myself and co-conspirator Lisha.”

Stauffer adds: “The collaboration between Respawn and Mill+ was incredibly smooth and fluid.  The constant communication, honesty and trust on both sides was a key to our success.”