Mill+ Gets Gritty for Call of Duty: Ghosts 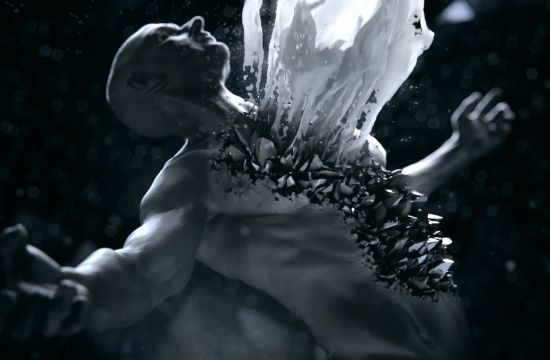 Infinity Ward’s highly anticipated Call of Duty: Ghosts hit shelves this week with a striking new look and feel. Mill+, our concept, design and animation arm, was tapped to develop the dramatic in-game cinematics characterizing the darker, grittier new style of Ghosts. The two-and-a-half month collaboration with InfinityWard, led by Cinematics Director Sylvain Doreau, and Mill+ was a 24/7 process that utilized elite designers and visual effects artists working together out of our Los Angeles and London studios.

“We had to define a new look from scratch and wanted it to be very different from what we’d already done,” Doreau says. “It was a big departure for the franchise. I came back to Mill+ after our initial pitch meeting and was shown 10 different versions of the original idea. I was totally blown away by the variety and depth and I realized I could trust the team to push the look. And they did a great job of defining that look.”

The highly stylized new look was created from scratch but reads as a hybrid of live-action and CG.  High contrast, sharp shard-like lines distinguish evil Federation forces from the light and smoke elements that characterize the underdog Ghosts. Each cinematic delivers a story, with “Loki,” for example, depicting a clinical and clean outer space vista using reflections, lights, flare and spills of light, while “Legends Never Die” uses explosions, fire, smoke and fog, looking down at South America, then at city level in Caracas after the demise of the continent.

Mill+ Creative Director/Director Paul Mitchell drew upon over two decade’s worth of experience in design, live-action direction and visual effects (having joined the Mill+ team from Prologue earlier this year). “The most intriguing aspect of Ghosts was the opportunity to combine storytelling with design and visual effects,” Mitchell says. “We approached all the pre rendered cinematics in this manner and tried to create something unique to each one based on the story Infinity Ward wanted to tell. But through the overall design process we made sure there was a cohesive look and feel.” The biggest challenge, Mitchell adds, was the sheer volume of work produced in a short window of time: 17 load-in movies to create, each averaging around 40 seconds, with only two-and-a-half months to complete them in.

“Utilizing the scale of The Mill was a defining factor,” explains Stephen Venning, Executive Director, Mill+. “With the timeline being so tight and the creative bar being set so high, we were able to assemble the very best team of Mill and Mill+ CGI and VFX artists, easily enabling us to share the films across The Mill Group. We worked round the clock and spread the rendering across our two studios, allowing The Mill the ability to deliver the project to such a high creative benchmark within the fast turnaround”

“The Art Department in our Los Angeles office was the backbone of the project from start to finish, even sharing some of the compositing,” says London-based Suraj Harrington-Odedra, Mill+ Lead 3D Artist. “The 60 style frames were painted by a small group of artists under the watchful eye of Design Director Eugene Gauran. They were cornerstones for each film, and we made sure that we referred to them at all times. This is essentially how we retained the continuity of style across our two studios.”

“Technically this project was a huge challenge,” adds London-based Hugo Guerra, Mill+ Joint Lead 2D Artist. “In terms of file size we are talking about Terabytes of CGI multi-pass EXR's, dozens of 2D layers per shot and very, very long ‘one shot’ sequences. Also, we needed an unprecedented level of creative input from 3D and 2D to make sure the ‘look’ matched the beautiful treatments that our Mill+ Los Angeles Art Department made for Ghosts. Because the job was fully CGI it was easier to control everything—from the animation to the lighting, 2D layout and camera point of view.”

“This project owes so much to Sylvain [Doreau] and Infinity Ward's vision and desire to raise the level of creative aesthetic,” Venning says. “They wanted contemporary, unique graphics that would strike gamers with sophisticated storytelling. The cinematics are designed to be informational. But in the past such information overload has diluted experiences. Mill+'s Creative Director/Director Paul Mitchell has deep experience creating state-of-the-art cinematic direction and design that delivers information, but at the same time is visually stimulating to the eye. Working with his lead designers Ed Laag and Eugene Gauran, they built style frames and narratives that are comparable to anything you would see in a movie.”

“You can see that Mill+ artists love what they do,” Doreau enthuses. “Throughout the process, they pushed the visual bar higher and higher. There was great teamwork, from art, design, VFX and compositing, to the meticulous (and tireless) producers. It was great to be on site, both in Los Angeles and London, to experience that vibe and feel such energy and passion.”