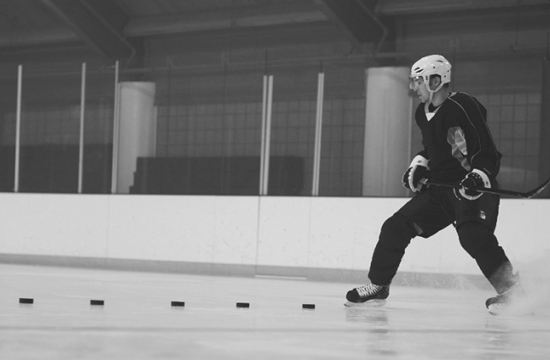 “Built With Chocolate Milk” opens on the star suiting up and then confidently slapping pucks into goal.  “What drives me is to be the best player on the ice everyday,” says Parise in voiceover.  He continues as he skates gracefully and quickly across the ice, “Speed: a goalie’s worst nightmare.  A record year; that’s what I’m building with chocolate milk.”  The super “Built With Chocolate Milk: Nutrients to Refuel, Protein to Rebuild” and Parise stating, “Backed by science,” close out the spot.