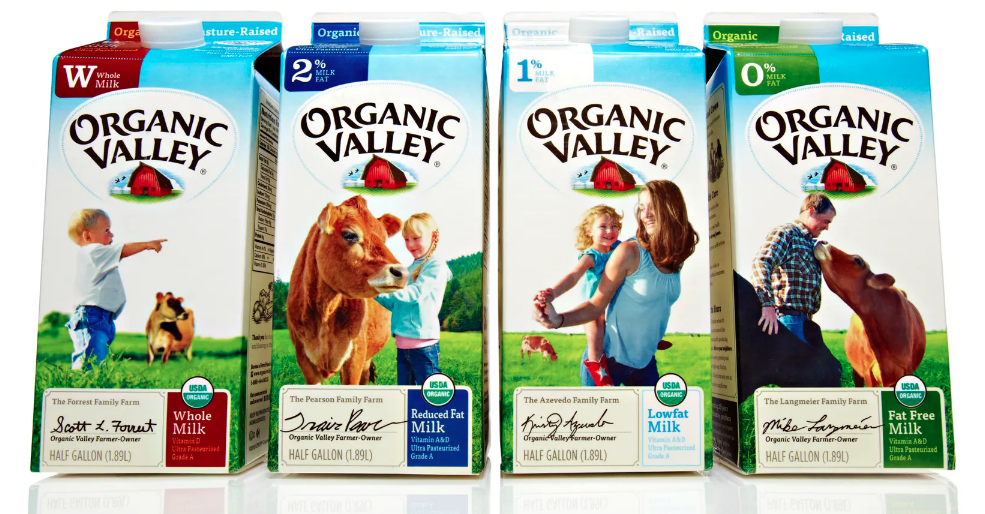 “From Outside with Love” is designed to simplify the confusing health claims in the grocery store dairy aisle and highlight Organic Valley’s higher standards of animal care as the most important keystone differentiator for the billion-dollar organic dairy co-op.

According to a 2017 Newsweek story, 80% of U.S. dairy cows are kept in confinement and never see a blade of grass. Organic Valley’s standard of animal care is much higher, giving all cows as much time outside on pasture as the weather allows because happy, healthy cows make better milk. In these pastoral, low-stress environments, animals have ample room to roam and graze on organic grass.

“‘From Outside With Love’ is aimed at parents who are looking for higher-quality, more nutritious foods for their families. These parents know that not all food is created equal, and seek confidence that they are making the right choices for their family,” said Jaclyn Cardin, senior director of integrated marketing at Organic Valley. “How the animals are treated is one of the most important things they care about when choosing dairy because they understand that humanely-treated animals make better milk.”

In this series of cinematic ads for the company’s whole milk and grassmilk, a peppy young narrator extols the virtues of their “secret ingredient” as she strolls through a real Organic Valley farm. Shots of beautiful farm footage are interspersed with a curious family at their breakfast table. Meanwhile, the spokesperson explains how sunlight, fresh air, less stress and a natural habitat lead to happier cows that produce better milk.

“The campaign was the culmination of months of consumer research into what people think about when they buy dairy,” said David Littlejohn, founder/chief creative officer at Humanaut. “Understanding all the claims of the dairy aisle can be difficult, but we were able to distill all of the advantages of Organic Valley down to one word: outside.” he explained. “More time outside literally is the ‘ingredient’ they put inside all their products.”

All Organic Valley milk, cheese, butter, half & half and whipping cream are crafted from the milk of cows that are humanely raised on the green pastures of small family farms without the use of antibiotics, synthetic hormones or toxic pesticides. In addition, Organic Valley grassmilk cows eat a grain-free diet — nothing but organic grass 100% of the time — so the milk, cheese, half & half and yogurt are naturally higher in healthy fatty acids such as omega-3s.