Militarisation of Mankind Questioned in Music Video from Jessy Moussallem 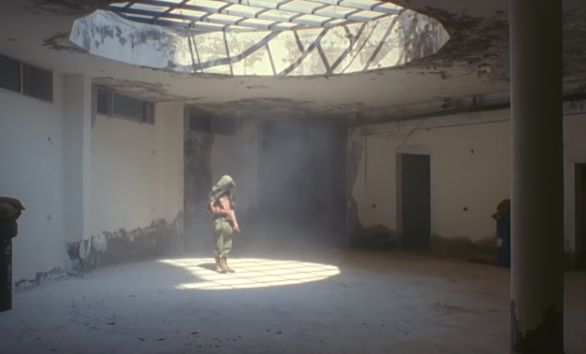 Directed by Lebanese filmmaker Jessy Moussallem, the director behind ‘Heart of Sky’, French record producer Agoria has unveiled a captivating short-film for his latest single, ‘Embrace'. The poignant video questions the militarisation of the human being.

Explaining the story behind ‘Embrace’ Jessy says: “My uncle was killed at the age of 22, two days before Christmas in December 1983, while fighting for a militia during the civil war in Lebanon. Growing up and hearing stories about him and his comrades, I questioned the militarisation of human beings; how these young soldiers are trained to kill, and at the same time willing to sacrifice their lives. This film explores notions of heroism and sacrifice while capturing the life of soldiers in between wars."

Agoria personally enlisted Jessy to direct the visuals for ‘Embrace’: "There was no question for me – I only wanted Jessy to direct the video for Embrace. She is fabulous and the only who could film the right message of the song. Her ability to defend engaging topics with poetry always blows my mind. It’s always more tricky to deliver positive messages than negative or cynical ones. The video is showing the training of soldiers, in their intimacy, facing their ego, their doubts. Most of all – it questions our own choices, our duplicity, the fears and the challenges of humanity.”

Famed for her directing of indie rock band Mashrou’ Leila - a narrative that included one hundred women in an ode to the strength and grace of Arab women - Jessy Moussallem was awarded at the Young Director Awards at Cannes Lions. The video became Number 1 trending on YouTube and went on to be nominated at the UKMVA.

Agoria is a highly-respected musical artist who connects the creative, cultural overlap of the French electronic scene with art, film, fashion and Artificial Intelligence. The release of ‘Embrace’ follows another busy summer for Agoria, where he dipped into the world of AI and space age technology. Enlisted to take part in Sonar x NASA’s campaign earlier this year, Agoria programmed music to be transmitted into space. He also debuted his first live show at Sonar Festival, Forbidden Fruit in Dublin, Belgium’s Dour Festival, All Points East and Bestival in the UK, and We Love Green in Paris.