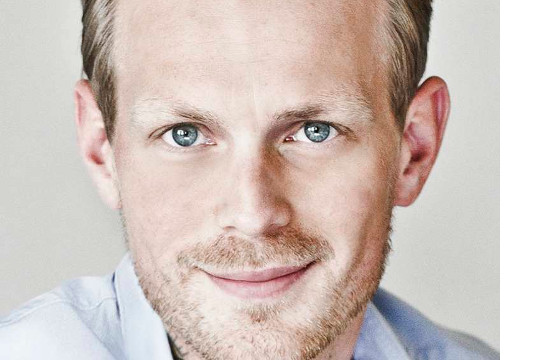 Right on the heels of opening its New York office earlier this year; the team at NuContext Creative, led by Company Founder/Executive Producer Angela Guice, have acquired Trigger Happy and launched its new digital and print division, headed by Mikael Tyrsen. Under the management of Tyrsen, the new division’s capabilities include: print, mobile, apps, games, prototyping, web, and social including strategy and viral applications.

According to Guice, this move into print and digital is just a “natural evolution” in the company’s development. “After eight very successful years of growth, we were looking to expand to provide clients with a truly holistic range of services for their brands and their projects,” she explains. “Now, with the addition of Mikael and his team, formerly of Trigger Happy, we can provide clients with any solution they need in order to communicate their brand messages globally -- and on any screen.”

NuContext’s VP of Digital & Design Mikael Tyrsen began his gaming career as a professional video game player. Tyrsen is still a legend on the professional circuit as a world-class “Call of Duty” competitor. But the more he played, the more convinced Tyrsen became that he could make games that competed with the ones he was playing. Tyrsen then used his career as an Art Director in Sweden to make a move to the U.S. to work in the film industry designing key art. In 2007, he founded Trigger Happy, a creative studio devoted to design and development of games. A year later, they became pioneers in developing apps and games for the first smart phones. Since then, Mikael’s work via Trigger Happy has helped high-profile clients tap into the power of apps and gaming. His clients have included Tyra Banks, The CW, GEICO, FOX, Warner Bros, Lionsgate, POM, BOEING, Snoop Dogg, L’OCCITANE and the Air National Guard. Now, millions of people have seen, touched, or played products created, designed and delivered by Mikael and his team.

“Since 2008, we have held a strong vision of where mobile was heading,” explains Tyrsen. “As soon as we saw the Apple AppStore go live, we aimed to create a fun and creative work environment that helped clients harness the power of gaming and apps to build an enthusiastic audience. Our efforts in the digital space have created successful start-ups, introduced brands, reinforced brand awareness, revitalized legendary franchises and, most importantly, reached audiences on a one-to-one basis.”

With the launch of this new division Tyrsen says he and his team are “having more fun than ever.” “We are currently working with major TV networks, movie studios, media companies, start-ups and independents who want to create a polished, camera-ready game, app or print campaign for their current audience and branch out to new ones,” he adds.

In October 2013, Tyrsen’s team released the self-published, original game "Escape From Doom," which garnered worldwide attention including the coveted home page feature on the Apple AppStore and a top 10 ranking in over 45 countries. “Gaming is now accessible by everyone,” concludes Tyrsen. “It is projected that by 2017, there will be 222.4 million smartphone users, 67.8% of the U.S. population. Currently 60% of smartphone owners use their phone for gaming of some sort. The true power and reach of gaming has yet to be seen and this exciting time to be involved. We are super happy to be a leader in the movement, and are thrilled to be teaming with NuContext Creative on a new digital and print division. Together, there is no end to where our services and applications for clients can go.”