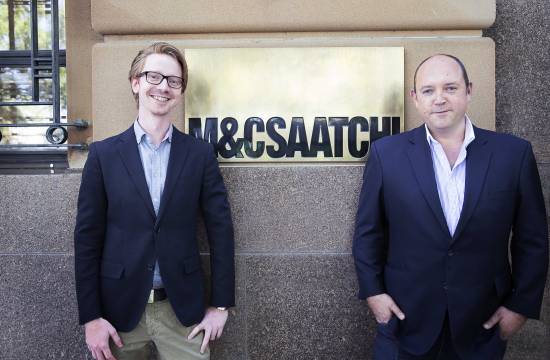 van den Berg said: “I am delighted that Mikael has joined M&C Saatchi. Mikael’s integrated delivery experience across global clients such as Microsoft, will allow M&C Saatchi to further grow and expand our capabilities and digital agenda”.

At Wunderman Gotlib oversaw all delivery aspects of the agency’s largest account - Microsoft, a role he previously held at VML. Gotlib played a key role in the launch of a number of key Microsoft flagship campaigns including the launch of the Windows phone, Windows 8 operating system and Surface.

He concurrently led the Xbox account, looking after all CRM activities across the EMEA markets and worked on a number of Procter & Gamble brands in addition to those of Spanish telco giant Telefonica, including 02.

Gotlib’s journey into digital delivery and production started in his home country of Sweden where he completed a BSc in Multimedia Engineering. He then moved to Sydney to complete a postgraduate diploma in IT at UTS followed by a Masters in Business IT at London Southbank University.

Having spent the past nine years in London working for a wide range of agencies, Gotlib said: “I am delighted to be back in Sydney again, and to be given the opportunity to work for such an iconic brand as M&C Saatchi”.