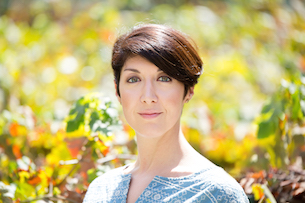 “We are thrilled to be working with Janice,” says Christopher Ahn, Midnight Sherpa Partner/Executive Producer. “Her tremendous drive, paired with her industry knowledge, aligns with the ideals and culture we have at Midnight Sherpa.”

"Midnight Sherpa is one of the most talented creative design studios in the world, and I'm honored to be a part of it," adds Summers. “While it's a relatively new company, the people who founded Midnight Sherpa -- Miguel Lee, John Kim, and Chris Ahn -- bring a renowned heritage of creativity and experience, which is evident in all of the amazing work they're doing right now. It's intelligent, beautiful, thought-provoking and highly technical."

Summers brings a diverse entertainment background to Midnight Sherpa. She previously held in-house Head of Business Development positions for well-respected creative design agencies, such as Imaginary Forces, loyalkaspar and Charlie Company. Summers launched her career in the film & TV business working in the TV Literary department at Creative Artists Agency. She then parlayed her talents into the realm of advertising at commercial production company Biscuit Filmworks, where she worked closely with acclaimed director Noam Murro while simultaneously directing and producing her own award-winning short films, music videos, and spec projects.

Midnight Sherpa is a boutique creative studio for brands and entertainment. We make communication simple through the powers of artistic expression and digital experimentation. We've created visual content and experiences for some of the world’s most iconic brands, including Dolby, Audi, Google and Riot Games.