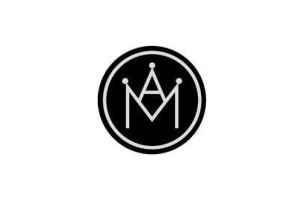 The Midas Awards for the World’s Best Financial Advertising announced the award winners for the 2015 competition. Click here to view the full list of winners.

Leo Burnett Chicago’s 'Allstate Social Savvy Burglar' was in the spotlight, earning the prestigious 2015 Grand Midas Award. The campaign, a live event that occurred during the Allstate Sugar Bowl, featured Mayhem, Allstate’s spokes-villain, targeting vacationing victims on social media and selling items from their home on an e-commerce site. The results: an unprecedented 15% uptick in home policy sales the first week after the event and carried through to an 18% increase for the month. “Allstate Social Savvy Burglar” earned 2 additional Gold Ingots.

“We continually strive to find the intersection between people, a problem and a brand. With the Mayhem Sale, we were able to educate football fans and many of their friends about a 21st century home vulnerability, in a way that was wildly entertaining,” said Charley Wickman, EVP, executive creative director, Leo Burnett. “It is an honor for Allstate and for Leo Burnett to be honored with this award.”

R/GA London earned the second-annual Midas Award for Innovation for “Akbank Direkt Mobile for Apple Watch” for client Akbank. This special award honors the highest scoring entry that showcases a leading-edge idea or execution. The award-winning campaign’s strategic objectives were to increase brand awareness by leading the industry with the most comprehensive and best-in-class wearable application, while building upon Akbank’s everyday banking mobile approach. The watch app notifies Akbank users about critical transactions (transfers, payments etc), enables them to take quick glances at the most prioritized information, and to withdraw cash from ATMs, even if they do not have their wallets/cards with them. R/GA London also earned a Midas Gold Ingot for this innovative campaign.

“While banks are gradually coming to terms with mobile, wearables are still uncharted territory—so we were very excited to have partnered with Akbank on such a brave and ground-breaking project. To have this innovation recognised with such a prestigious award is a fantastic achievement for both R/GA London and Akbank,” said David Jakes, experience design director, R/GA London. “Finding the balance between the smart watch and the smart phone is a choreography of simplicity, real value, context and utility. It’s a new medium to tell a different kind of story, that can help people and brands have a stronger relationship where it makes sense—and we’re delighted the judges have awarded us the 2015 Midas Award for Innovation for it.”

The Midas Awards newly launched Effectiveness category showcased the results of efforts used to creatively engage consumers and increase market share. Gold-winning entries include FP7/DXB (Part of McCann Worldgroup) Dubai for “Perspectives” for client Emirates NBD. The campaign changed people's perspectives of special needs children by using their strengths and showcasing their artistic talents. FP7/DXB also earned a Gold Ingot for “Don't Treat Yourself to Antibiotics” for National Health Insurance Company – Daman, an awareness campaign promoting responsible use of antibiotics. BBDO Toronto earned a Gold Ingot for “Fastest Face-Offs” for client VISA payWave. The campaign featured a series of videos starring NHL players that mimicked the NHL All-Star skills competition, with challenges that were speed-focused and “consequence” videos with a player paying a “price” for losing.

Creative use of events on behalf of brands to champion causes, enlist support, and increase consumer engagement resulted in multiple Gold Ingots. McCann XBC New York was in the winner’s circle earning 2 Midas Gold Ingots for MasterCard’s “Priceless Elevator Pitch” featuring a real elevator where a 60-second pitch could win you awareness, and funding. The agency also scored another Gold Ingot for MasterCards’ “Priceless Table” offering 14 transcendent dining experiences worthy of the word “priceless” to benefit Stand Up to Cancer. The Jupiter Drawing Room (South Africa) Johannesburg was honored with a Gold Ingot for “Art Needs You” for Absa / Barclays. The award-winning work created the world's first art robot—a machine that could read its subjects' emotions, moods and feelings and at the touch of a button, produce a beautiful piece of art. The true message of the campaign revealed that in a world being consumed by technology, now more than ever, Art Needs You.

South African agencies struck gold. The Jupiter Drawing Room (South Africa) Johannesburg was out in front, earning a total of 9 Gold Ingots for client Absa / Barclays including 3 Ingots for each of the following campaigns: “Smallest Announcement in Banking,” “Art Needs You,” and “Greatest Game.” King James Group Cape Town was in the spotlight with 5 Ingots for “One Rand Family” for client Sanlam. Joe Public received 2 Gold Ingots for “Nedbank Ideas for Change ATM” and “The Reins” for client Nedbank Business Banking.

FP7/DXB Dubai (Part of McCann Worldgroup) was honored with a total of 9 Midas Gold Ingots. “Perspectives” earned 3 Gold Ingots, and both “The Beautiful After” and “When You Are Gone.....” received a single Gold Ingot, all for client Emirates NBD. In addition, “Don't Treat Yourself to Antibiotics” for client National Health Insurance Company - Daman was honored with 2 Gold Ingots; and “Abba Ahmed’s Priceless Surprise” earned a Gold Ingot for client MasterCard.