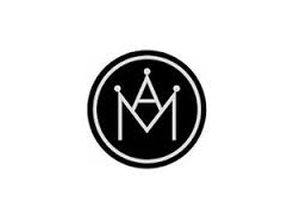 The Midas Awards World’s Best Financial Advertising has announced the winners for the 2014 competition. The international Grand Jury awarded the Grand Midas Award to McCannXBC USA’s “Priceless Table” for client MasterCard, and the inaugural Midas Award for Innovation to The Jupiter Drawing Room (South Africa) Johannesburg for “Make Think Did” for client Absa. The Midas Awards, the only competition that recognizes excellence in financial communications on a global scale received entries from 20 countries this year, including those from such far reaching locations as Cambodia, Honduras and Sri Lanka.

McCann XBC USA was in the spotlight earning the coveted Grand Midas Award for their groundbreaking “Priceless Table” event for client MasterCard which elevated both dinner and donations to Stand Up to Cancer to new heights. The “Priceless Table” promotion launched a 10-seat restaurant, 25 feet off the ground on a billboard in Times Square, as part of a strategic partnership with celebrity chef Marcus Samuelsson. The highly sought-after 5-course dinners raised over $4 million USD for cancer research, revamped an already successful campaign and illustrated that MasterCard member benefits can also benefit others.

“Our team is thrilled to win the Grand Midas Award. All around the world the financial services category is doing more adventurous work, so to be recognized like this is a terrific way to end the year,” said Joyce King Thomas, Chairman and Chief Creative Officer, McCann XBC, USA

McCann XBC USA also earned an additional Gold Ingot for “Priceless Table” and 2 Gold Ingots for “Kids” also for client MasterCard, which enlisted kids to call out their parents and give them compelling reasons to use their paid vacation days and to use the new MasterCard travel concierge app to make it easy.

MasterCard’s Priceless campaigns continued to scoop up the Gold. R/GA USA earned 2 Gold Ingots for MasterCard, one for “Priceless Surprises,” unveiled by brand ambassador Justin Timberlake on Twitter as #PricelessSurprises on Twitter—a new brand platform built to deliver surprises, everything from music downloads and headphones, to truly once-in-a-lifetime experiences…like spending a day with Justin Timberlake. The agency also scored a second Gold Ingot “Stand Up to Cancer.”

The Jupiter Drawing Room (South Africa) Johannesburg earned the inaugural Midas Award for Innovation for “Make Think Did” for client Absa/Barclays. This newly minted award honors the highest scoring entry that showcase a leading-edge idea or execution. The winning campaign highlighted Absa’s position as a sponsor of the Design Indaba conference, where the world’s greatest creative minds gather to be inspired. The award-winning campaign engaged delegates by bringing their ideas to life making—THINK become DID. Attendees submitted design ideas via a mobile app, which were turned into concept sketches that could be then printed onto any item at available at the conference DID store, reminding people of the power of their idea. The agency earned 2 Gold Ingots, one for “Make Think Did” and “Blood Sweat and Tears” for Absa/Barclays

“The Jupiter Drawing Room (Johannesburg) is honoured to have been recognised with the inaugural Midas Award for Innovation,” said Tom Cullinan, Creative Partner, The Jupiter Drawing Room (Johannesburg). “We have always held innovation in high regard, as anyone who visits our offices can attest to after being greeted by the Chesterfield couch, a piece of furniture so ahead of its time we just had to invest our entire first year’s furniture budget in acquiring it. Coupled with the enthusiasm of our client, Absa/Barclays, we’re fortunate enough to create work that breaks category norms, and with the momentum of this win, will continue to innovate into the future.”

New categories inspired by engagement trends also struck gold. Diamond Integrated Marketing/Leo Burnett Canada earned a Gold Ingot for “#TDThanksYou” for client TD Bank in the new Customer Loyalty & Retention category. TD turned their ATM’s into Automated Thanking Machines and staff nominated special customers to surprise with a personal, heartfelt thank you, demonstrating why the bank is #1 in customer service. Volontaire Sweden won a Gold Ingot for “Ikano Flappy Saver” for client Ikano Bank, a mobile App, modeled after the popular mobile game Flappy Bird that encourages young Swedes to save in an entertaining way. The Gold winner in the new App category features a flying piggy bank and challenges the user to avoid saving pitfalls such as shoe shops and restaurants. The winning player saved the most and earned the big prize­­—100,000 SEK deposited into an Ikano Bank account.

Publicis Kaplan Thaler USA scored 6 Gold Ingots for client Citi. The award-winning “CitiBike” campaign launched a city-wide branding campaign, and celebrated New York by offering bicyclists a new way to see the city and while reviving the brand’s reputation. Their “Every Step of the Way Website” for client Citi also earned a Gold Ingot.

FP7/DXB (Part of McCann Worldgroup) in United Arab Emirates and Joe Public in South Africa were each honored with 3 Gold Ingots. FP7/DXB’s “Hey Future Me...”  for client Emirates NBD targeted children via top schools in the country, enabling parents to learn about their children’s aspirations and as a result, increase acquisitions for Emirates NBD’s children’s savings plan. The agency also earned a Gold Ingot for “The Culture Dispensing Machine” a corporate image piece for Emirates NBD. Joe Public received 2 Gold Ingots for “Ice Bed” for client Nedbank which gave people the opportunity to experience how it feels to sleep in the cold with bed carved completely from ice. The 2-ton ice bed made the difficult circumstances faced by the needy tangible and showed how easily anyone could help via a text message linked to a donation line. The agency was also honored with an additional Gold Ingot for “Water Billboard” for Nedbank.

South Africa’s King James Cape Town and Canada’s Diamond Integrated Marketing/Leo Burnett, each earned 6 Golds. King James “One Rand Man” for Sanlam earned total of 5 Gold Ingots for their social experiment chronicling a man’s radical step to reconnect with his finances--receiving his entire salary in R1 coins for the month of July and forgoing the use of online banking and credit cards. In addition, King James earned a Gold Ingot for “Wealthsmiths Integrated Campaign” also for client Sanlam. Diamond Integrated Marketing/Leo Burnett’s award-winning campaign “#TDThanksYou” for client TD Bank was recognized with 6 Gold Ingots in total. Turkish agency 41? 29!  earned 5 Gold Ingots for “Legendary Journey” for client Akbank—a digital museum celebrating Turkey’s 7.0 triumph over Syria in the 1950, which would have meant a trip to the World Cup if the post-war country had not been completely out of money and therefore unable to afford to send the team to the tournament.