Microsoft Brings the Team to the Screen for Hasbro Entertainment

'Where there’s a team, there’s a way' from McCann sees Teams transform the way Hasbro works in gaming research 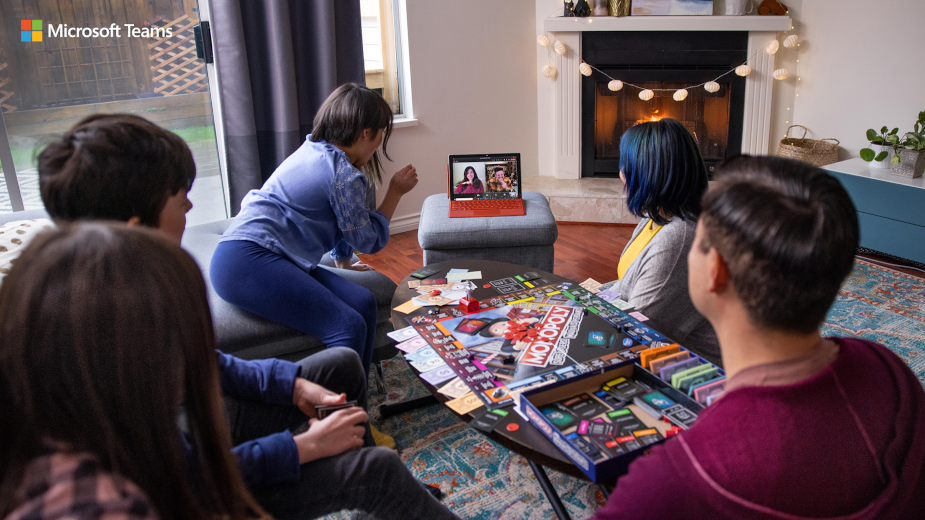 There is no doubt that this has been one of them most challenging years ever for many businesses - especially those who thrive on customer connection and input to help develop and fine-tune their products and services. Microsoft Teams has been an integral part of the way companies are reinventing how they connect, not just with each other, but with customers.

In Microsoft’s latest campaign, we see how Hasbro, an iconic family entertainment company, is utilising Teams to transform the way they work. Consumer research plays a huge role in the development, design, and refinement of their games. When the pandemic started, they were unable to do in-person research. They then turned to Teams to do virtual research with families. Teams has enabled Hasbro to meet with families in many more countries than they could before, and to get much richer insights as their participants were in a more relaxed environment - their own homes. This increased diversity of insights and quality of learning is helping Hasbro make games that will better resonate with consumers, faster than they could before.

The campaign also features Priority Bicycles, a small bicycle manufacturer and retailer based in New York City, who is using Microsoft Teams to reinvent the way that they sell bicycles by conducting virtual visits with prospective customers via Teams. These virtual visits have enabled them to see three times the number of customers they were able to see in-person and vastly expand their geographic footprint as a result. They are also using Teams to run every aspect of their business, developing new bicycle designs, accelerating their timelines for bringing new products to market, and collaborating on their day-to-day work.

“It is so gratifying and inspiring to see companies shifting their focus from business continuity to ingenuity - finding ways not just to survive, but to thrive in the new business environment leveraging Microsoft Teams.” Kathleen Hall, CVP, brand, advertising and research, Microsoft

When the world stopped last spring, Microsoft Teams launched a campaign showing how real customers in critical industries like public safety, education, healthcare, and commerce survive this new reality. That tagline was ‘Nothing Can Stop a Team.’ In this new campaign, 'Where there’s a team, there’s a way' we celebrate real teams at real companies who have not only embraced this new way of working, but have found better ways of working – with the help of Teams.

“At Hasbro, we’re constantly evaluating and adopting new technologies to serve the needs of our business which is inherently creative and collaborative. When we went fully remote last March, our migration to Teams was already in progress but the event allowed us to complete the transition nearly overnight, ensuring no loss of productivity. Microsoft Teams is a critical part of our strategy as we plan for the ‘next normal’ which will involve greater flexibility for our employees, regardless of where they’re working.” Steve Zoltick, executive vice president and chief information officer, Hasbro

Microsoft Teams is empowering businesses not to just survive, but to reinvent and thrive in this new digital era.