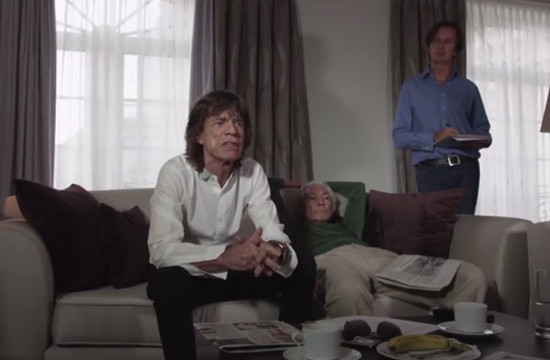 Mick Jagger has a chuckle at himself and fellow band members in this witty short for The Monty Python Live (mostly) reunion. The maturing rocker has a fairly short-sighted dig at the equally ageing Python troupe, exclaiming that they're just "a bunch of wrinkly old men trying to relive their youth and make a load of money", and that "the best one died years ago". Ahh the irony.

Londoners, The Monty Python Live (mostly) show runs through until July 20 at the London O2 Arena.