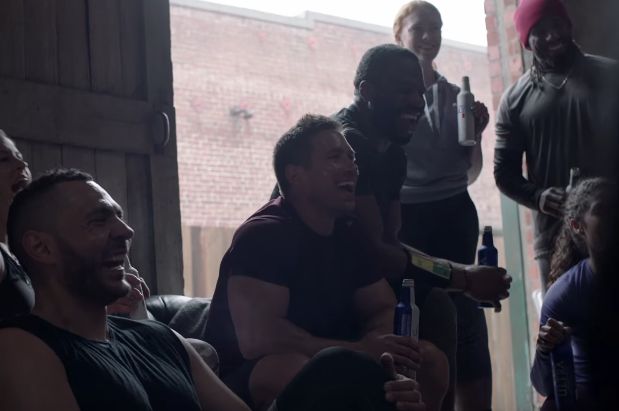 Michelob ULTRA, the fastest growing beer brand in the U.S., today unveiled a new 30-second commercial, titled 'Our Bar,' that will debut during Super Bowl LI. The spot, developed by FCB Chicago, features real fitness enthusiasts – not actors – doing what they do day-in and day-out: going through a tough workout together and sharing cold beers afterwards to celebrate. The ad also features the iconic theme song from the TV show "Cheers" to underscore the strong social bonds felt every day by members of fitness communities across the country.

'Our Bar' intentionally uses no actors to demonstrate Michelob ULTRA's commitment to supporting and celebrating authentic fitness communities. From training to run clubs to spin classes, 'Our Bar' depicts the new social fitness reality that fitness and enjoying beer can go hand in hand: you can work out, and then go out. Exercising together and having a conversation over beers afterwards results in a deep social experience that brings people closer together.

"We recognised that the social lives and beer-drinking occasions of the Michelob ULTRA consumer extend beyond gathering at the bar or at home with friends," said Azania Andrews, vice president, Michelob ULTRA. "Communities forming around fitness activities represent a new type of socialising. 'Our Bar' emphasises that beer is a part of this new world, grounded in celebrating accomplishments."

In addition to using everyday people in the ad, the brand also brought its commitment to active lifestyles to life this week by hosting the Live ULTRA Pull-Up Challenge in Atlanta and Boston. Men and women were invited on Thursday, February 2, to prove their physical fitness and complete as many pull-ups as they could in 95 seconds – the same number of low calories found in a Michelob ULTRA. The winners from each market are being provided with a VIP trip to Houston for Super Bowl LI.