Michel+Nico Sign to Holiday Films for Representation in Canada

French filmmaking duo have directed spots for the likes of Mercedes, Gillette, Sky Sports and Renault 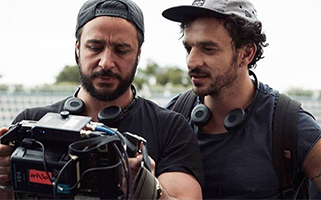 Holiday Films has announced the addition of directing team and brothers Michel+Nico for representation in Canada.

The directing team has had a strong debut, with a string of quality commercial and content projects for brands such as Mercedes, Gillette, Sky Sports and Renault. All feature the distinctive stamp of a Michel+Nico production: strong, emotional storytelling with documentary content, accompanied by stunningly composed visuals.

The two brothers are based in southwest France and complement each other with a perfect blend of creative skillsets. Michel is the writer, and most often, the voice. Nico is the idea maker and visualist. “I like to write, to be able to easily organise a story in my mind. No matter the idea, I can tell it," says Michel. "Nico loves to find the idea, the one that will make the win. It doesn’t mean that I’m not able to find a good idea, or that Nico does not have a constructive point of view on the narrative, but generally we work on our strong points, Nico’s intuition and my emotion.”

As former rugby players, Michel+Nico are most at home with sports or action narratives, but are wide open and eager to apply their ideas to other brand categories like beauty and automotive. You can view their latest work here.