Houston was most recently CEO of Grey North America 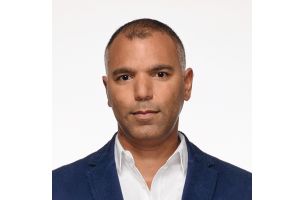 James R. Heekin III, Chairman and CEO of Grey Group, today announced the promotion of Michael Houston, 43, to Global President of Grey, reporting to Heekin. Houston has served most recently as CEO of Grey North America.

In his expanded new worldwide leadership role, Houston will work closely with Heekin in the management of Grey's EMEA, Latin America and Asia-Pacific regions, while continuing to oversee North American operations.

"Michael Houston has played a pivotal role in the ongoing success of Grey North America, which just completed its seventh year of record new business and creative performance," Jim Heekin said. "Together we have built a culture of innovation with the finest talent, integrated offering and a winning spirit second to none. This well-deserved promotion, the next step in our evolution, will enable Michael to extend his proven leadership across our global network in the years ahead."

Michael Houston joined Grey New York, the global network's flagship headquarters office, in 2007 as Executive Vice President, Director of Marketing, to lead Grey's business development and brand marketing efforts.  He was promoted to Global Chief Marketing Officer of Grey worldwide in 2010 in recognition of Grey's growth.  Appointed to the new position of Managing Director of Grey New York in 2011, Houston took on the role of Chief Operating Officer of the 1,000-person strong office in 2012. He was named to the prestigious Crain's New York Business "40 Under 40" list in 2012.

One year later, Houston was promoted to CEO of Grey North America overseeing the New York, San Francisco and Canadian offices as well as Grey Activation and PR and Wing, the multicultural marketing communications agency. Under his leadership, Grey has won such blue-chip clients as Gillette, Volvo, Hasbro, Papa John's, Kellogg's and Marriott and been recognized by ADWEEK and AD AGE as "Agency of the Year."

Michael Houston said, "I am energized by, and grateful for, this new challenge and the opportunity to work even more closely with Jim Heekin and our leaders across the world.  As we approach our 100th anniversary, I look forward to capitalizing on our momentum and the tremendous potential and vitality of the Grey brand as we look to the future."

2015 was Grey's eighth year in a row of record new business and creative performance worldwide.  The agency's soaring creative reputation was bolstered with the win of 113 Lions and a record four Grand Prix.  Grey North America was named the 2015 Cannes North American Network of the Year and Grey EMEA was named the 2015 Euro Effie Agency of the Year.  For the second time in three years, Grey was named ADWEEK's "Global Agency of the Year" in 2015, citing its "creative triumphs and robust new business performance."