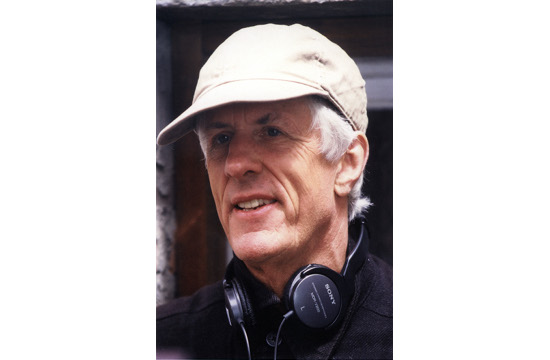 International production company Believe Media has added renowned English filmmaker Michael Apted to its roster of directorial talent.  A legendary director, Apted has received numerous accolades for the extensive scope and influence of his body of work, ranging from features and documentaries to television and advertising, many of which are considered modern classics.

Michael Apted has helmed an extensive list of celebrated feature films including Gorillas In The Mist, Coalminer's Daughter, Gorky Park, Thunderheart, Nell, the James Bond film The World is Not Enough, the third installment of C.S. Lewis' The Chronicles of Narnia: The Voyage of the Dawn Treader, and just last year, Chasing Mavericks for Walden Media and Twentieth Century Fox. His far-reaching body of work has been honored with numerous nominations and awards.

Mr. Apted is responsible for helming the feature documentaries The Long Way Home, Incident at Oglala, Bring on the Night, Moving the Mountain, Me and Isaac Newton, and the recent soccer film Power of the Game.  His rich contributions to the documentary community have been awarded with an IDA Career Achievement Award, the International Documentary Association’s highest honor.

Among Mr. Apted's most widely recognized directorial achievements are his internationally acclaimed, multi award-winning series and the sequels based on his original 7 UP documentary series, which follows the lives of 14 Britons from the age of seven in seven-year increments.  The periodic sequels 7 Plus 7, 21 UP, 28 UP, 35 UP, 42 UP, 49 UP, and the recent 56 UP, which aired on ITV in the UK and was released theatrically in the US, have received extraordinary praise for their documentarian and sociological influence.

In addition to his documentary and feature work, Mr. Apted has worked extensively in television, including directing the first three episodes of HBO's epic series Rome.  Most recently, he helmed two episodes of Showtime’s new series, Masters of Sex, and is preparing the season finale for yet another new Showtime series, Ray Donovan.

Micael Apted lent his directorial expertise to the advertising world with commercial projects including the short film The Party Guest for Hill Holiday’s “The Responsibility Project” for Liberty Manual Insurance; a six-spot campaign for Nike ID with Wieden+Kennedy; "Reclast" for McCann Erickson; and "Homecoming" for Ford Motors.

Believe Media Executive Producers Luke Thornton and Liz Silver are proud and humbled to have the talents of Michael Apted joining their esteemed roster, which includes directors Zack Snyder, Floria Sigismondi, Anthony Mandler, and Allen Hughes, to name a few.  The EPs express immense excitement at future collaborations and furthering the creative legacy of such a prolific director with the support of Believe.