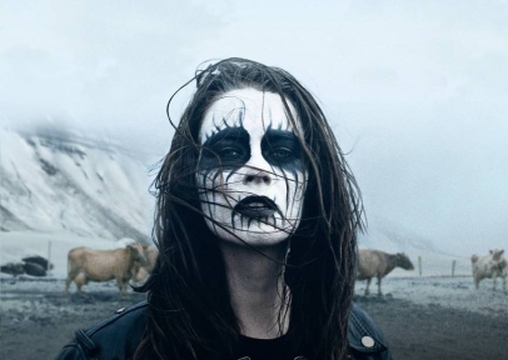 Independent distribution company Cinelicious Pics is thrilled to announce that Icelandic feature METALHEAD will screen as an official selection to the Heartland Film Festival, which runs October 16-25th in Indianapolis. From director Ragnar Bragason, METALHEAD is a drama of faith, loss, and heavy metal music, and is the winner of eight awards from the 2014 Icelandic Film Awards

”Heartland is one of the premiere showcases in the U.S. for films that deal with spiritual themes, so we’re really gratified that they’ve chosen to include METALHEAD,” says Cinelicious Pics President Paul Korver. “METALHEAD is a great example of not judging a book by its cover: you wouldn’t normally think a movie with that title would address profound issues of spirituality, doubt and even anger at God over the loss of a family-member, but that’s exactly what Ragnar’s film does brilliantly – while at the same time rocking out with an amazing classic 1980s metal soundtrack.”

Fueled by a remarkable breakout performance by actress (Icelandic Film Award winner, Best Actress of the Year) Thora Bjorg Helga, director Ragnar Bragason’s intense drama of loss, faith, redemption, Megadeth and Judas Priest begins with a farming accident in the 1980s that sends a young girl, Hera, and her parents into a tail-spin of grief over the death of her heavy metal music-obsessed older brother. A decade later and Hera is transformed into a sexy, surly headbanger and DIY musician, dressed in black leather and a Slayer t-shirt, clutching her dead brother’s electric guitar as she howls anthems of rage to a barn full of cows. Seemingly trapped in a haunted landscape of slaughterhouses and barren winter fields, making all the wrong choices in her life – including coming on to the local priest and sleeping with her platonic best friend – Hera slowly, painfully comes to terms with her family’s loss and the sound of her own true voice.

Partly inspired by the Norwegian black metal church burnings in the early 1990s, and featuring a soundtrack of 1980s and 1990s headbanging classics by Riot, Teaze, Savatage, Lizzy Borden and Megadeth, METALHEAD has been praised as “a powerful portrait of grief never dealt with ... an impeccably crafted and beautifully performed film.”