Trends and Insight 253 1 Add to collection 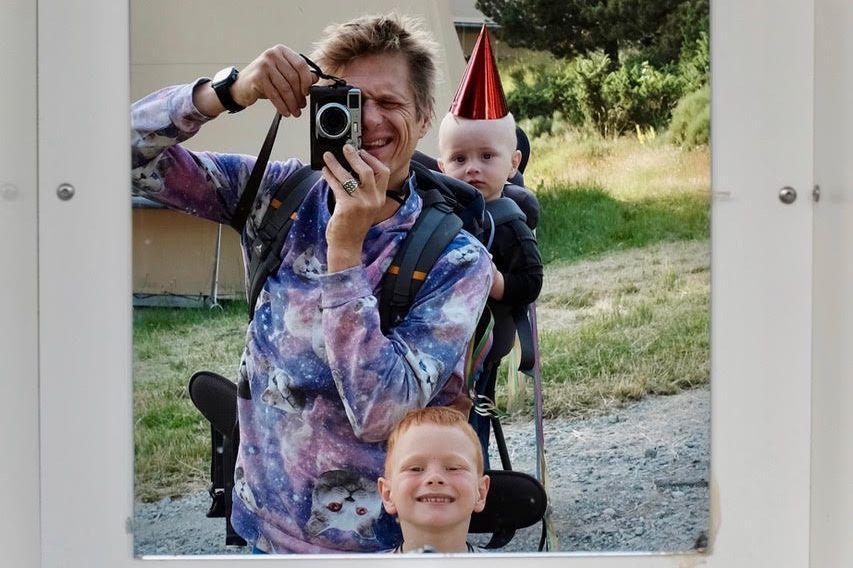 According to his bio on the CZAR Amsterdam website, “if heavy metal wasn’t called heavy metal, it would probably be called Floris Kingma”. The director has lived and breathed metal since he was introduced to the likes of Saxon and Accept at nine years old, and his love for the heavy stuff no doubt bleeds into his commercial work.

Looking to find out more, CZAR’s Rizka Soetjoko sat down with Floris to talk about his taste in music and how it can shape the end result of a film.

RS> So how did you get into heavy metal music?

FK> It all began when I started playing drums at the age of nine. I didn’t have a drum kit, I just used a bunch of pillows. Before my weekly lesson, I would go to my parents’ friend’s house and use their kit for a proper rehearsal. One day, one of their sons gave me a cassette featuring songs from metal bands like Saxon and Accept. Accept opened their Restless and Wild album with a legendary track, Fast as a Shark, and well… my heavy metal thunder emerged after that.

RS> You’ve also spent a lot of time in Asia. Do you enjoy K-pop?

FK> Being open minded is a starting point of joy in life. I’ve eaten cockroaches, smoked beedis, had a fierce Chinese massage and listened to K-pop. But if it’s not for you, it’s not for you, and K-pop is not for me. In general, music for the masses is not my cup of tea. I’d rather watch a raw and dirty band with four people in the audience than a slick popstar in a huge arena, with all due respect.

RS> Let’s move on to the more ‘serious’ stuff. As a commercial director, how important is it to be knowledgeable in music?

FK> Most directors are music lovers, and I think you can’t build your career as a commercial director based on poor music choices. It comes in handy when you know the breadth of possibilities and when you’re able to immediately hear if the clichés are being used in a good or bad way. I often end up chatting with the composer on a technical level. A pain in the ass? Oh yes… but this is a good kind of pain in the ass.

RS> Why do you think music plays a big role when it comes to branding?

FK> Music plays a major role because it can help stir an emotion, support the storytelling, and of course intensify the timing. This information should be a no-brainer by now. In terms of branding, I guess there are a couple of differences between the type of ads and the soundtrack being used: Have you ever seen a campaign featuring storytelling ads that use the same music throughout the film? Probably not. Have you ever seen a campaign consisting of visual films using the same music? You probably have.

This is because music in storytelling ads is supportive in a different way, the branding is still there but it’s probably less dominant than in visual films. These days I’m doing more and more visual-focussed films where I get the opportunity to incorporate branding perspectives of a campaign - adding more depth to my career as a film director.

RS> What could go wrong if you chose the wrong music?

FK> Qualifying music as ‘wrong’ is tough since everyone’s taste in music is different – so we just have to find a soundtrack that fits with the feel and objective of the film. For example, in a comedy-driven script, you can easily make the mistake of adding too much comedy in the music. Sometimes, when you are trying too hard to be funny, it ruins the party. Oh, and never be a copycat. The possibilities in music are endless, why would you stake a musician’s talent by copying someone else?

RS> In your opinion, what’s an example of a commercial/film featuring a great soundtrack?

FK> There are so many out there, but one that recently got my heavy metal motor running was Only Lovers Left Alive’s soundtrack by Jozef van Wissem and rock band SQÜRL. And Good Time’s soundtrack by Oneohtrix Point Never caught me off guard. The electronic vibe that floats between Tangerine Dream and Vangelis initially didn’t seem to fit the realistic footage of the film. But it gave me an off-beat experience. Apparently, the judges at the Cannes Film Festival shared the same opinion as I do.

RS> If you could incorporate heavy metal into your work, how would you do it?

FK> I would show what heavy metal means to me. The music needs to be fierce and dirty, but sincere at the same time. For me, heavy metal is a way of looking at things through a lens of commitment and intensity. A lot of the music in my ads is based on well-known tracks. I don’t let the music overpower the film. I use it to set a parameter from which we can explore anywhere. I mean, the beauty of this job is that I have the opportunity to give viewers a moment of visual and audio entertainment and I don’t want to fuck that up. My priority as a commercial director will always be staying loyal to the belief that I can deliver to people’s expectations – of agencies, clients and myself.

RS> I’ve heard there’s something special about a pair of leather pants you own?

FK> Hahaha! Yes. My leather pants were handmade by a designer called Simon de Boer. They are actually a patchwork of leather jackets. Although I don’t wear them as often as I used to, they still fit me like a glove. They are tight as fuck and make the family jewels come out exceptionally well.

RS> Can you name four of your all-time favourite tracks?

FK> I collect vinyl, so choosing four out of 1500 records is tough. My collection is rather abstruse, so I’m going to share some tracks that fit with my current happy camping conditions (I am answering these questions while I am on the road, camping with my family).

A heavy psychedelic stoner track that will take you to your hammock. You don’t have to be a stoner to trip on this one.

2. King Gizzard and the Lizard Wizard: The River

You’ll feel like you’re driving on a rainbow-colored highway when you listen to this track. Me and my family have danced many times to this song. All together now!

It’s probably clear by now that songs with a touch of psychedelia are a part of my musical ecosystem – but so is the funk legacy of James Brown. Darondo opened shows for James brown and this collaboration with The Park is a music trip that is worth playing.

Sometimes you just want to float in space time, without thinking about tomorrow or yesterday, just the here and right now. This music allows your mind to breathe, and it’s made by a friend of mine. I am working hard to get this song out on vinyl through my label Blackmetaldeath Records. This will take time, but I am expecting it to release this year.

So, if you are open minded, a music lover and have no fear of heavy metal of any kind, please do check out my playlist below!