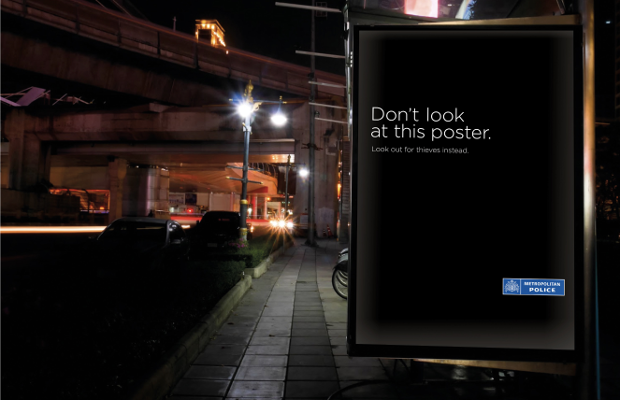 The Metropolitan Police has launched a new anti-robbery campaign through AMV BBDO that asks the public to ignore its advertisements.

With eyes glued to phone screens and earphones firmly plugged-in, people on a night out in London are sadly more vulnerable to thieves – especially when travelling alone.

How best to grab the public’s attention whilst asking them to avoid distractions was both the campaign brief and its innate challenge.

AMV BBDO’s response is outdoor, radio and digital ads which remind people to ‘Look up. Look out’.

Targeting the capital’s night time economy and tourists, the campaign encourages people to pay more attention to their surroundings, particularly in the borough of Westminster, where research shows robbery frequency levels are highest, especially in the evenings.

In the digital poster, passers-by are advised: ‘Don’t look at this poster. Look out for thieves instead’.

In the radio ad, listeners are urged to: ‘stop listening to this advert’. Instead, they are told to listen to be aware of their surroundings and keep valuables out of sight.

The same strategy also runs across a series of mobile ads and venue placements such as bar runners, beer mats and leaflets. 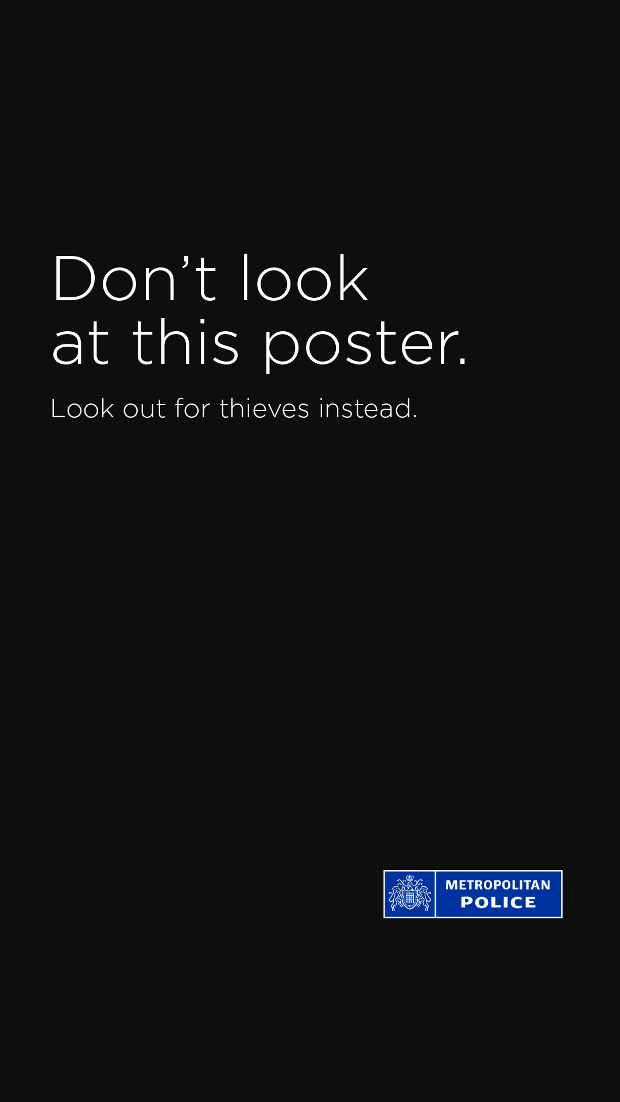 Stephanie Day, head of marketing at the MET Police said: ‘We wanted a campaign that wasn’t just the police telling people what to do, and this creative has helped us to take a more ‘disruptive’ approach. Combined with our operational police activity and partner work we hope that this campaign will really help us to cut down robbery on London’s streets’.

The partnerships tier led by 23 Red involves the MET Police working with London venues to remind their customers to engage with their environment and avoid distractions when travelling between venues on their night out.

Media is being led by Wavemaker. 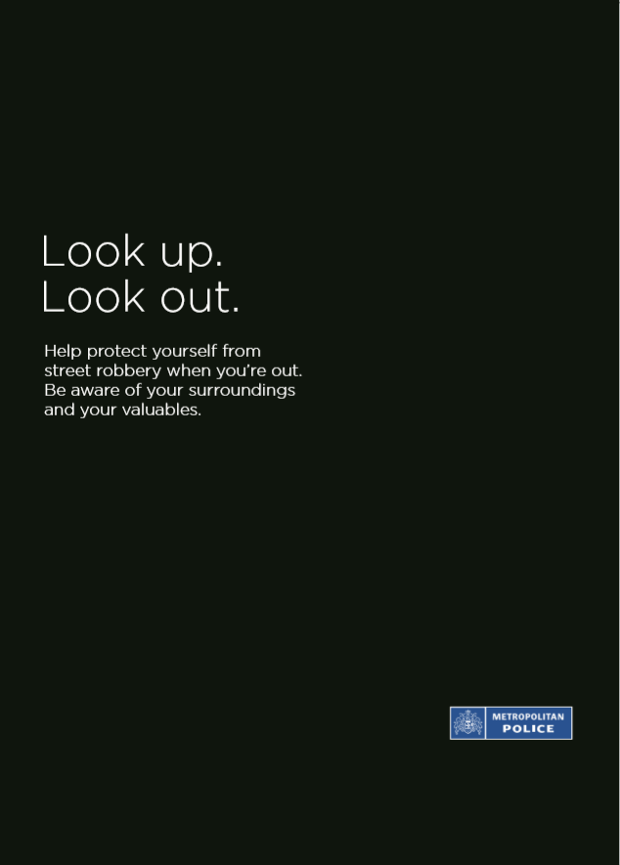