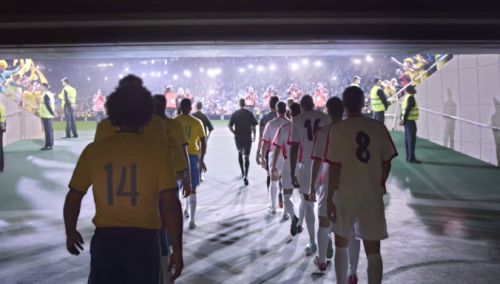 Gatorade and Lew’Lara\TBWA decided to focus all their attention on soccer and to reveal the secrets of this mysterious sport through a campaign dubbed “Unreal is made of real sweat”. It was created by the Brazilian agency for Gatorade, the world’s most famous sports drink, for the global market, which includes Brazil, the U.S., Mexico and Costa Rica, in addition to several other countries across Latin America and the Asia-Pacific region.

Instead of showing goals and celebrations, like so many soccer-themed campaigns do, Lew’Lara\TBWA decided to capture what’s behind these magical moments experienced by players and fans.

“Gatorade believes that superior performance is the result of the relentless dedication of athletes during each of their countless training sessions, day after day. And that’s what we want to portray in this campaign – that the magic, the unreal, doesn’t happen by chance, but rather because there’s a great deal of preparation leading up to that one second which can decide an entire match. And that’s precisely where Gatorade comes in: by fueling athletes so they can perform their magic”, describes Tiago Pinto, Gatorade’s marketing director.

The first film features powerful scenes of the athletes’ unrelenting physical efforts over several days of training, combined with the famous soundtrack of the Disney masterpiece Cinderella. The song, which avoids the clichés commonly associated with sports commercials, was remixed by renowned American musical producer David Banner, who has worked with artists including Snoop Dogg, Lil Wayne, Usher and Chris Brown.

“Bibbidi-Bobbidi-Boo – from Disney’s Cinderella ” remixed by the team of David Banner and John Debney, courtesy of Walt Disney Records