We challenge you to find cheekier kids than in BBH London and Indy8’s ‘Who Says No To Mentos?’ 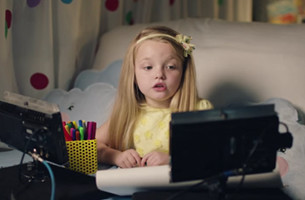 BBH London has created Mentos Mentors, an online film which supports the launch of Mentos’ new global brand positioning “Who Says No To Mentos” in the UK, USA and Europe.

A Mentos candy is like a real-life friend request. Offer one to anyone and they’ll probably say yes. They might even smile at you. Because let’s face it, Who Says No To Mentos?

And that’s significant, because although we like to think we’re more connected than ever, the truth is that in the real world we’ll actually do anything to avoid contact with other people. We don’t look one another in the eye, touch one another or even talk to people we don’t know.

But there was a time when each of us engaged and interacted with everyone we came across. No, it wasn’t before mobile phones or the internet. It was when we were kids.

If connecting with people is a skill we have forgotten, could they teach it to us again?

BBH took a group of shy adults and sent them out into the city with earpieces, promising them that a team of ‘communications experts’ would be watching them on screen and guiding them through every interaction. What we didn’t tell them was that their ‘mentors’ would be about five years old on average.

After some initial surprise at who was telling them what to do, the brave protagonists surrendered control to the little voices in their ears and even made some friends - proving once and for all that connecting with people isn’t nearly as hard as we perceive it to be. And if you’ve got a Mentos to offer, it’s positively easy. Because after all, Who Says No To Mentos?