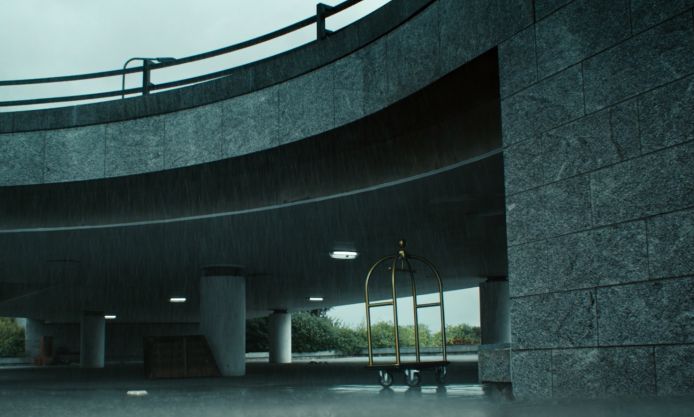 Havas London has unveiled its first work for hotel chain Jurys Inn. The multi-media campaign, which launches on TV this week, also introduces the brand’s new proposition – ‘Stay Happy’ – and represents its most substantial marketing campaign to date.

The charming, surprisingly emotive film follows the journey of a lonely trolley on its mission to find happiness. We witness the trolley’s melancholy journey as it rolls through a dimly-lit and unwelcoming city in the rain, before its ‘light bulb moment’: overseeing an advert for Jurys Inn. The soundtrack, up until now piano-led and sombre, picks up in tempo with a buccaneering string section as the trolley dashes to its nearest Jurys Inn, where the hotel’s warm and welcoming offering is showcased. The film ends with the trolley – earlier seen shedding a tear – shivering with delight as it happily helps a young girl at reception.

The content focuses on the hotel’s small touches – all of which add up to a great stay – including the welcoming environment and friendly staff who greet you, the plentiful breakfasts and all the little experiences in the guest rooms and throughout the hotel.

The campaign spans TV, VOD and digital media and will be accompanied by social, CRM and in-hotel activity. Jurys Inn plans to spend £2mn over the campaign period, with an initial launch across Sky TV, VOD, Facebook, Instagram, YouTube and a digital media campaign.

Following its launch, the new tagline – ‘Stay Happy’ – will set across numerous touch points, including marketing communications, in-hotel and online.

The campaign has been created by Havas London and marks the agency’s first work for the brand. Media planning and buying is led by Carat while complementary work in social and PR is led by One Green Bean. The film was created by Nick Wavish, Barney Packham and Dan Bolton, and directed by Big Red Button through Biscuit Filmworks.

The campaign follows hot on the heels of a £65 million refurbishment programme across Jurys Inn’s portfolio, which spans hotels in 31 cities including London, Dublin and Prague. To mark the launch and throughout 2017, Jurys Inn will look to extend its breakfast offering, hotel innovation and further investment in-hotel – all aimed at making guests feel at home.

Jurys Inn Head of Marketing, Suzanne Cannon, commented: “This is an exciting time for Jurys Inn – the launch of our new promise, as well as the biggest campaign in the brand’s history. It’s just the start of what we have planned.”

Havas London's Executive Creative Director, Ben Mooge adds: "Jurys Inn is known for the its warm hospitality, whether you're there on leisure, business…or if you're a lonely trolley seeking a better hotel experience.”