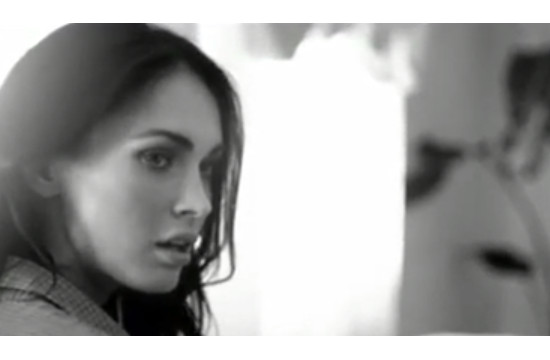 Megan’s role in the Armani campaign ‘Hotel Service’, in which she changes from underwear into a pair of jeans, has brought in over 18 million views worldwide.

The top 10 chart for the sexiest ever ads is somewhat inevitably littered with Victoria’s Secret models, but perhaps surprisingly a car ad also makes the top ten. Fiat’s ‘Seduction’ is also the advert featured in the top 10 in which the actors keep the most clothes on.

The top ten sexiest ads-ever crowns women the sexier gender. The line up consists of one advert with a man semi-naked (Beckham), eight films featuring scantily dressed women and only one campaigning which both genders feature.

Matt Fiorentino, the Director of Marketing at Visible Measures, said: “Without the traditional censorship restrictions of TV, brands can push the boundaries of sex in branded video. But it’s only the ads that tell a story and provide a layer beyond sex, that truly perform well (no pun intended). Many of the ads on this list go beyond the pure sexuality of the celebrities or models and deliver a deeper message, and for this reason they have resonated with online audiences.”

Visible Measures used its True Reach methodology and patented video platform to analyse over 8.1 billion video views across the web during 2013. True Reach is the only accredited paid and earned video metric, combining the total viewership of videos related to a campaign throughout the online landscape. True Reach includes the original videos uploaded by the brand and the copies and derivative content uploaded by audiences. Unlike shares, which only show the number of clicks on “share” buttons and not actual performance, True Reach shows the complete performance of a video campaign online.

Visible Measures has tracked over 3 trillion video views, 500 million videos, 16,000 video campaigns since 2005, and sees over 380 million people cross its platform every month.

The sexiest most watched ads of all time are: