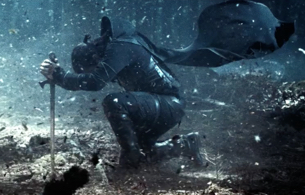 Murat, or simply put MEG, was born in Frankfurt in 1981 and grew up in Turkey until the age of 12. Then he moved back to Germany, where he lives until now. Murat made his first short film on DV with his friends at the age of 15 and was nominated several times for the best youth short film in film festivals around Germany. Since then he directed many commercials, short films and music videos. He dropped out from University of Ulm after 2 years of electrical engineering to study filmmaking in Ludwigsburg. Since 2010 he is a student of the Filmakademie Baden-Württemberg and is now preparing for his graduation movie.

Murat has set hist mind on conquering the world of filmmaking, and of course advertising is on of the key focal points of his steadily emerging career. He would never settle for mediocrity or anything less than epic. His mind is full of ideas, and whether it’s an emotional yet subtle dialogue or a vicious sword battle in the middle of a night forest you will see how vividly his vision is transformed into the images on screen.

2016 is the year that brings MEG international success. His narrative short JAGON, that is set to be released later this year, is now a hit at selected film festivals around the globe - Sehsüchte, Filmfestival Max Ophüls Preis, Big Island Film Festival in Hawaii, Best Independents Film Festival to name a few. JAGON has already had a theatrical release across Germany, and this is just the beginning. MEG is available for commercial requests through Nicholas Berglund and for feature requests through Esther Kurle. You can check out JAGON trailer and an epic excerpt here.