Meet Your Makers: Putting Puzzle Pieces Together with Larissa Berringer

Meet Your Makers 51 Add to collection 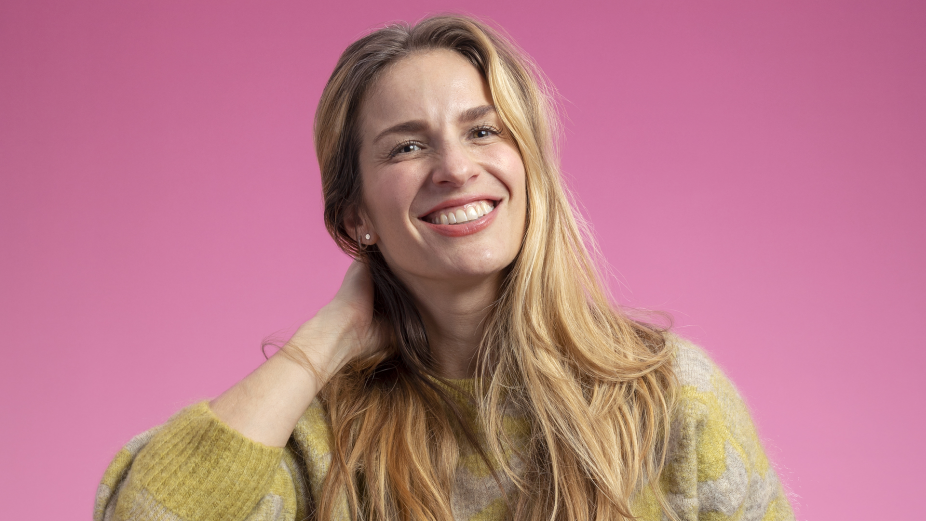 When Larissa Berringer walks into a room, you know she means business. Show business, that is. Effectively acting as a dating app for matching creative talent and production needs, she fuses a forward-thinking view on the industry with a no-nonsense approach for getting things done.

Desperate to wear open toe shoes and ditch the suit, Larissa left a career in Finance and moved into the Creative world of production.  Larissa got her start as a production assistant on the hit (pun intended) Showtime series “Weeds.” Trading the sunny, temperate weather and crime of Los Angeles for the relentlessly unforgiving winters and crime of Chicago and transitioned into the VFX industry. As executive producer at Vitamin Pictures, she split her time between babysitting the artists with the transportation of the company from a scrappy startup to a high end creative boutique ripe for acquisition. She made the move to The Mill as Senior Producer before taking on the role as the U.S. executive producer of Design at Framestore, building the company’s design offering nationally.

Outside of being a badass lady boss, Larissa spends her time chasing her two young children and staying zen with yoga and outdoor exploration.

Larissa> I was living in Los Angeles working in finance and I really wasn’t fulfilled, so when the opportunity to be a PA came along, I jumped on it. Things kicked into full gear right away while working as a production assistant on the Showtime series “Weeds.” I immediately fell in love with the creative process, seeing the creative team develop the characters and watching them film the series. I worked on set as a PA and moved back to Chicago and continued to do production work but shifted into the post production side, getting a job at an animation studio in Chicago. While I was there, I also started to produce more VFX work. I learned a lot early in my career working in smaller studios; you are constantly wearing multiple hats and it gives you a better holistic understanding of all of the pieces that make up the business. That foundation really helped me, even when I transitioned into working for bigger studios where my role was a bit more focused. Being able to bring to the table an in-depth understanding of the needs on every side of the process is invaluable in being able to make complex decisions and create big-picture strategies.

LBB> What was your first role in the production world and how did this experience influence how you think about production and how you grew your career? How did you learn to be a producer?

Larissa> My first role was as a PA for television and it really laid the groundwork for my experience as a producer, allowing me to learn the ropes hands-on and more importantly build the foundational work ethic required for the job.

Larissa> One of the first jobs I produced was a job that called for crowd replacement. We had to fill up a stadium with crowds and it was the first job I had ever produced in the animation/VFX realm. What really stood out to me about this job was learning how important it was to ask questions when you don’t understand something. Being honest about what you do and don’t know and communicating that to your team and clients, so that they can help fill in the information gaps and find solutions, was a very important early lesson as a producer.

Larissa> I think that the best producers have experience across those different mediums, but I disagree that everyone should be an expert in all of those areas. While there are some commonalities across all mediums and basic foundational knowledge they all share, they each have their own nuances and unique challenges. I believe it’s better to become more well-rounded by working in different mediums, but unrealistic to assume everyone should master every production and pipeline.

Larissa> The people and generally the social component of production is definitely my favourite aspect. I love bringing together different teams and really seeing how to best optimize each combination. I love nurturing the gifts and skills of individuals and moving the pieces around to see how they fit together in a more holistic team. Every project, it’s a new formula: a new creative team, artists, client, agency. Putting those puzzle pieces together to find the magic bullet is such an exciting process for me.

LBB> How has production changed since you started your career? And what has stayed the same?

Larissa> Production has stayed the same in the respect that we are always creatively problem-solving. It’s just what we are creatively problem-solving that has changed. Technology and tools have evolved and with that have come their own set of challenges--and opportunities. I hear people talking a lot about how schedules have gotten shorter and budgets have gotten smaller, but those are really byproducts of how we have advanced the tech and tools to allow us to be more nimble. Understanding how we can most efficiently use those tools and find solutions is the challenge that I am trying to solve in today’s production landscape.

Larissa> Effective producers are proactively managing jobs. I think it is very easy to be a reactive producer and facilitate an exchange of information, but it is much harder and more nuanced to proactively problem solve and understand what affects things in the moment, and what chain reaction it could have throughout the entire production pipeline. Some of this is learned through experience, and some of it is about innately having the ability to assess situations and wanting to have the desire to manage what could potentially happen. It’s also important to really embrace being a self-starter and not have the constant need to be told what to do in a moment to solve a problem, but rather anticipate potential problems.

Larissa> When I was working on set as a PA on a TV show in LA, I was working for a tough crew that expected the most of us and kept us on our toes at all times. The production itself was a grind, with intense prosthetic calls pushing the start calls later and later each day, pushing the wrap into the late evening hours. I had the walkie-talkies at wrap one day and needed to get them back early the next morning. At the crack of dawn the next day, I walked out of my apartment and realized I locked myself out with my keys--and the walkies were in my car. In a moment of sheer panic and terror, I ended up ringing my neighbor’s doorbell super early and climbing over the balcony to my apartment, breaking in through the sliding door to retrieve the keys and race to set. I was only slightly late, but at least arrived in a reasonable amount of time to allow for the day to begin. Still, I don’t think my heart rate went down for the remainder of the day.

Larissa> To build a creative studio, by helping create a team and nurture that team, developing it into the kind of studio I’ve always wanted to be a part of. I want to bring in bits and pieces from all the places that I’ve worked that are brilliant to create something magical at ATKPLN. It’s exciting to be creating something that is a true culmination of all our skills and experiences.

LBB> As a producer your brain must have a never ending to-do list. How do you switch off? What do you do to relax?

Larissa> Keep a lot of lists and write things down. To relax, I try to be off my screen and read paper books and exercise and be away from the computer/phone whenever I can find windows.

Larissa> I get energised and excited about new challenges and new problems. I like being a part of a solution and working with a group of people and a team to figure out solutions. Variety really is important to me, so I love that I’m not doing the same thing over and over again.

Larissa> To really spend time understanding the process and the details of the process. Exposing yourself to different areas of production to find out what excites you and interests you most is really important when you are first starting out.

Larissa> Planning and pre-production. It’s challenging to have that time given the current state of how quickly things need to be turned around, but I believe it’s key to hold firm to what is important to make it a successful production.

Larissa> It’s really hard to find the right balance and it is different between every EP/Producer dynamic, even between different producers on your own team. Knowing the team you are working with and understanding their strengths and where there is a space for development is key. The way you are managing each producer will be different depending on their individual skill and experience levels.