Meet Your Makers 161 1 Add to collection 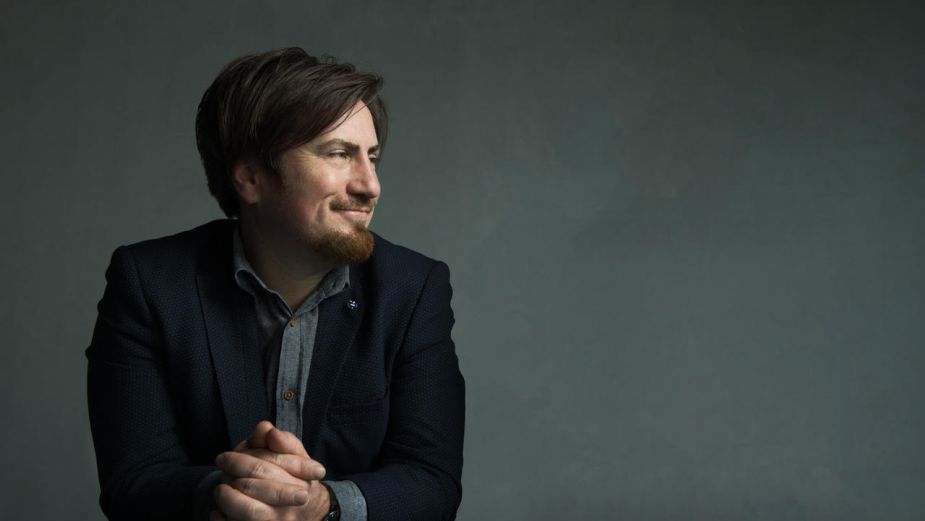 Oliver> What attracts me to producing is that you can help make things happen. You can turn what’s only an idea on paper, into a reality by getting the right team around it and nursing it through creative development and production. And that’s always very exciting. I actually started in the camera department as an assistant then cinematographer, before moving sideways into production very gradually.

Oliver> In my early twenties I started as a camera assistant in the days of loading 16mm and 35mm film before moving into cinematography. That makes me sound so old but it wasn’t so long ago! It was initially short films and ‘love projects’ that I was attached on as a cinematographer, that I really wanted to get off the ground that led me to producing as well. And it really just grew from there. Gradually I produced more and more and eventually set up Photoplay Films with two partners. My background in cinematography means I have always had a passion for film craft, but it has also given me technical knowledge of how to make a film from behind the camera and all the lighting and technical elements that go into making each scene. This has been invaluable to me throughout my producing career.

Oliver> I really learnt how to be a producer by being thrown in the deep end and getting on with it. It’s really the best way to actually learn. However, you do need mentors to guide you along the way as there’s so much to learn and I started as a production and camera assistant before taking the plunge into producing. I began by producing short films with tiny budgets – having to research, cast, scout locations and help out at every stage to make it happen. Even once my filmmaking career was underway it was still years of low budget films, music videos and TV promos before landing more solid opportunities producing higher end commercials and occasionally features and TV series.

Oliver> When I was 21 we had an extremely ambitious short film called “Liu Awaiting Spring” which had some government funding but the budget was nevertheless incredibly tight.  We all loved the script so much that there was real willingness to go the extra mile into finding the right cast and right locations for the project. I remember one of the scenes needing a particularly spacious bathroom (which doesn’t really exist in the real world!) and we couldn’t afford to build a studio set from scratch. We actually ended up convincing a bathroom display centre to use one of their sets which solved one of our many problems. That short film went on to win an award at Berlin International Festival along with screenings at another 50 festivals. It really helped launch my filmmaking and producing career.

Oliver> I think there’s many types of producers as it’s an overly used term - sometimes producers are good organisers, or great at creative guidance, or great at getting something funded and across the line, or all of these things.  However, I do think that a good producer can adapt and move sideways from say producing a film to a commercial to a digital experience or event.  There’s a never-ending list of things to learn too, so a producer is always moving into new areas and needs to have an open mind and ask questions. So good producers are quick learners and adapters really.

Oliver> The great thing about producing is that you’re involved early on when an idea is being developed and written, rather than just when it’s filmed / captured. Once you’re on the film shoot it’s often too late to change things. However, producers are able to be involved in the early stages and have the ability to improve ideas and build the best team around them.

Oliver> To be an effective producer you need to be a good problem solver and have an open mind and learn on the job constantly, and also to think critically and take some initiative and know how to plan for A, B, or C.  Most of these skills can be learnt on the job, however certain types of brains are better than others at forward-thinking, problem-solving, multi-tasking.

Oliver> It’s pretty hard to single out a project. However, I’ll do my best…  this one was a mammoth creative endeavor indeed! It was for a dairy brand in Australia called Paul’s Milk which was launching some new products under the banner “Extraordinary Dairy”. The creative from the agency The Monkeys envisioned a fantastical world of Seuss-inspired characters, which really conjured up the ‘Extraordinary’ aspect. We had a design and pre-production process that spanned over 6 months to accommodate the design of a miniature village set with our brilliant art department team based in Prague. The sets were built at 1/30 and 1/8 scales, as well as full 1:1 scale for interaction with the actors. It was such a fun creative journey with a bit of that Willie Wonka kind of madness.  Check out of one of the Paul’s films here.

Oliver> We experienced some devasting bushfires in 2019/2020 summer in Australia, some of the worst the world has ever seen due to the effects of climate change. We got involved in a campaign to support the Climate Change Act which is being tabled in federal parliament with a film we wrote and produced called Letters.

It’s exciting for our directors to get involved in social and environmental campaigns for causes that we are passionate about, but also for the opportunity to be involved in some great creative from the ground up.

Oliver> We always find a way out of tricky situations…  usually our disaster stories involve insane weather and it’s amazing how there’s always a solution to either shooting it a different way or embracing the new conditions, or you just come back the next day for a pick-up. I remember one shoot where the motion control camera broke down so we just started shooting a new style of coverage for the scenes whilst the technicians fixed the robot, and several of those shots were useful in the edit.

Oliver> As a creative producer the game plan to make more and more creative work, to constantly push the boundaries of storytelling as filmmakers and to challenge ourselves to produce more original work. At Photoplay we have the commercial side of production where we collaborate with agencies on brand related work, and at the same time we’re growing our film / TV side to incubate and hatch more original scripted content.

Oliver> Just get out there and make stuff! To learn producing there is nothing better than jumping in the deep end.  However, at the same time I recommend working in as many roles in film production as possible to get familiar with all the pieces of the puzzle… work in the camera or lighting department, help out in art department, assist the editor... get your head around all of it.

Oliver> EPs have to manage the whole team and all the productions, but I always try to get involved several productions each year to stay in touch with the film craft and process of what we do. I also like to get creatively involved with our film directors on all the pitches and treatments as this is where a lot of the core filmmaking ideas are formed.