Meet Your Makers 154 Add to collection

Francisco Javier Rojas, head of production at The Roots, speaks with LBB's Ben Conway about learning from his film director father, producing at age 14 and why communication is essential 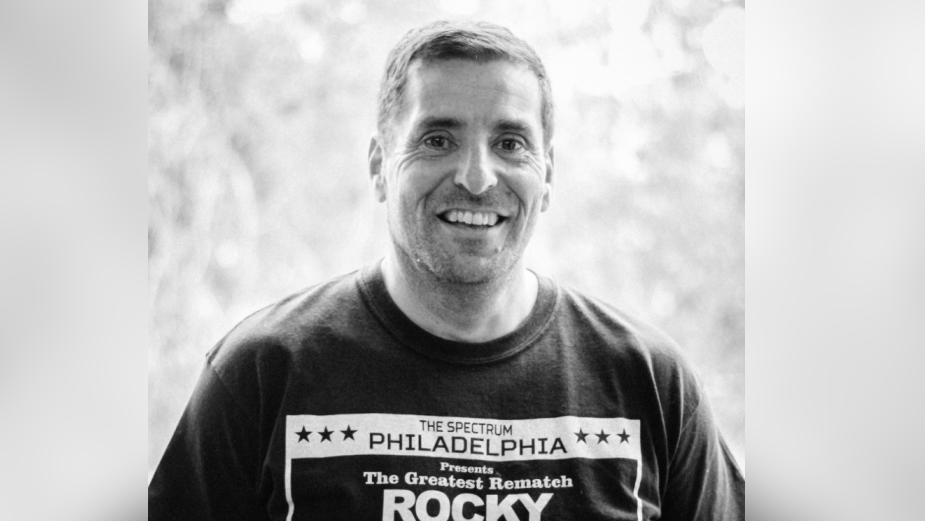 Francisco “Pancho” Javier Rojas is the head of production at The Roots, where he oversees production on projects that span across Latin America. The Roots is a production and production services company operating in Chile, Uruguay, Argentina and Mexico.

Growing up in studios due to his father’s occupation as a director, he has accumulated decades of experience since a very young age and takes that knowledge into his projects at The Roots.

LBB> What first attracted you to production - has it been an industry you’ve always worked in?

Francisco> I grew up in studios all my life. My father was a film director who made feature films and documentaries during the ‘60s, ‘70s and ‘80s. I started accompanying him to set at two years old, growing up surrounded by cameras and crew. At 10 years old, I managed an audiovisual channel at school and as a teenager, I worked at a television channel where we made documentaries. I have been in this industry all my life - I have no other knowledge. It has always been like this for me.

LBB> What was your first role in the production world and how did this experience influence your thought process and career path?

Francisco> In the beginning, I started renting studios for shoots and casting sessions. I also worked as a production assistant, but at 14 I was already producing TV programs. We made a documentary about the Falklands War and at 16 I was editing programs and documentaries for television. As my career developed, I worked as a location manager, assistant director, production manager and line producer.

I was listening, watching and getting involved at a very young age because of my father. So I knew about equipment, how cameras worked, studios, crew members and so on.

LBB> Looking back to the beginning of your career, can you tell us about a production that really helped you to grow as a producer?

Francisco> A 12-week shoot for a French film shot in Chile, with eight of the 12 weeks being night shoots. It was shooting throughout Chile from north to south. I started as a location scout and ended up becoming a producer. 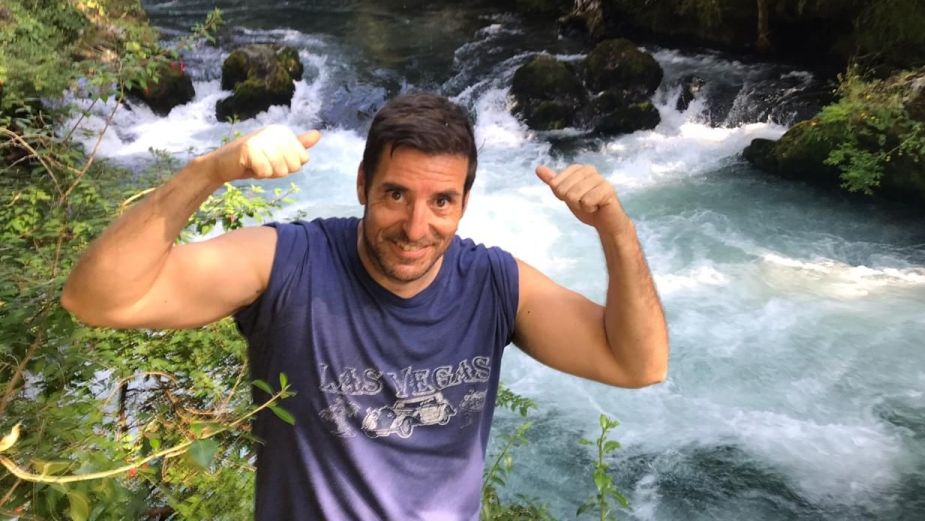 Francisco> Yes, I agree absolutely. And I would add to that: ‘anywhere’ and ‘any format’.

Francisco> The method, organisation and discipline. The ability to anticipate and make things work according to what you anticipated. Being organised and giving everything to make things happen. I personally like things with a high level of logistics and challenges - I like solving problems for others.

Francisco> Today, everything is for yesterday. I’ve had the privilege of making feature films and documentaries where there is more time. But in advertising, it is all made under pressure. I see it as a benefit because it results in an explosion of activity where you have three weeks to complete a project. We have good support from different departments - research, executive, executive assistance, accounting and administrative assistance - which allows us to react the way we do. Also, another great change is the tremendous development during the last decade in terms of diversity of talent, equipment, and the technology available in the countries we shoot in.

LBB> What do you think is the key to being an effective producer - is it something that’s innate?

Francisco> Good communication. Being organised, giving concrete and accurate answers on time, and managing the expectations of the people. 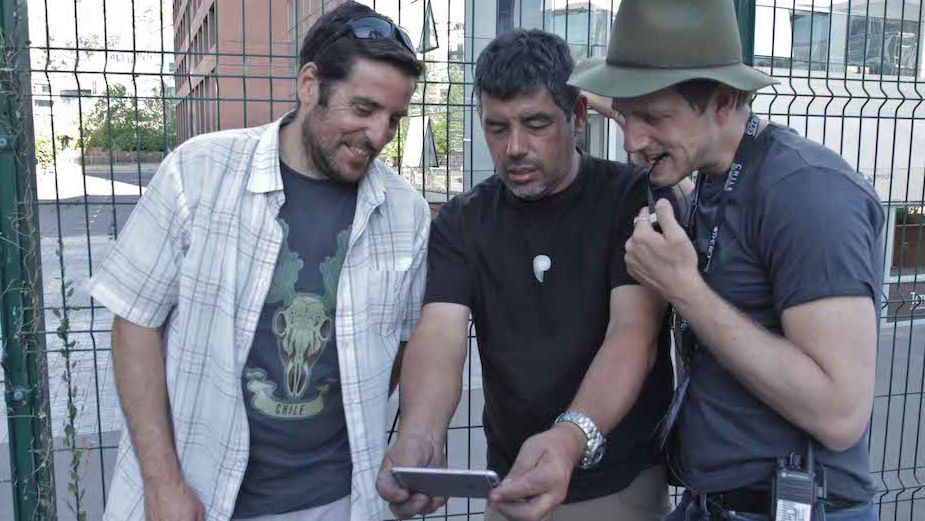 Francisco> Throughout the years, I’ve been lucky enough to work with some really creative and talented people. It is hard to pick one project because each one carries a degree of pressure and responsibility that helped turn your hair whiter. But the good communication and the trust placed in us is what allows us to execute wonderful work, which can be from advertising, cinema, or documentary in any country.

LBB> And in terms of recent work, which projects have you found to be particularly exciting or challenging?

Francisco> On the last campaign we did for CVS in Chile, we had to recreate a full pharmacy and CVS Hub. This was particularly exciting and challenging because of set construction, a large amount of talent and many different locations being required.

LBB> Producers always have the best stories. What’s the hairiest / most insane situation you’ve found yourself in?

Francisco> A plane ride with Janusz Kamiński, the two-time Oscar-winning cinematographer. We shot a commercial all over Chile, and he was on a tight schedule for the return trip home. We had to take this small, local plane and fly through a storm that made the 20-minute trip feel like two hours. We thought we wouldn’t make it.

LBB> What are your personal ambitions or aspirations?

Francisco> Keep contributing to the industry and improve in what I do. To advance and keep learning, keep growing and receive more creative input, technology and feedback from more people.

LBB> As a producer your brain must have a never-ending "to do" list. How do you switch off?

Francisco> I enjoy any time I have with my family and my children, as well as any time spent alone. 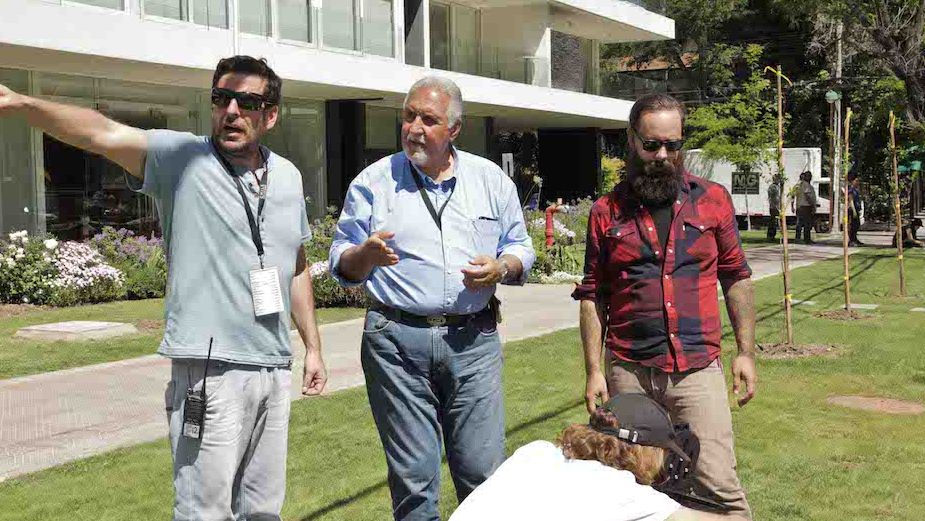 LBB> What fuels your curiosity and drive?

Francisco> The great challenges. It makes things very interesting because you have very little time to become an expert in something that you may not have known about the day before. And that´s a fun aspect of our work. For instance, just before the pandemic, we had two large productions in the water in southern Chile, with a camera in the water, a techno crane floating on a lake day and night, a director in the water and talent in the water too. We also had to build several floating sets - like a bed that floats and drives on lakes and rivers and an American house in a river -  and the director wanted the living and dining room floating right next to a 100 feet tall waterfall.

Francisco> Work, work, work. Then find the leadership and capacity to work in different departments - people, situations, knowledge, experience - and be able to unify it in a common good to get a project well done, a project that is successful and that clients leave happy and can come back and have the same experience every time wherever you produce.

LBB> From your experience, what are the ingredients for a successful production?

Francisco> Clear, open and honest dialogue. Having a method and being organised, as well as managing expectations on all sides.

Francisco> Communication is essential. Ask the right questions, do not create false expectations, give concrete, accurate answers, finish on time.

LBB> Producers are naturally hands-on. How do you balance that in the more managerial role of an EP?

Francisco> Certainty and credibility. It is something very difficult to build and very easy to destroy. So when you are an owner or executive producer, you have to keep those two treasures because they are what enables you to build relationships with future clients and with existing clients. Our job is to build bridges. In production services, your clients could be Americans, Canadians or Europeans. You have to adapt to work in their way - that is the bridge that must be built. Even though they all belong to the same international community, you learn their unique methods of creation. 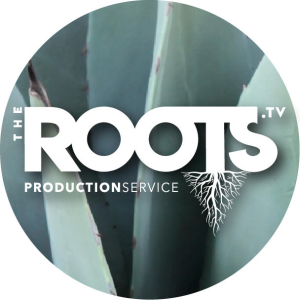 News from The Roots Production Service 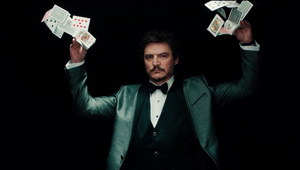 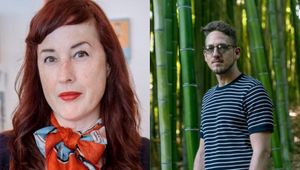 Earth Day: Why It’s Time to Green The Bid 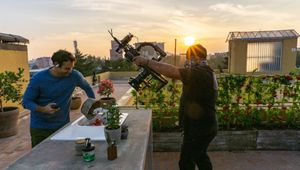 Taking Roots: How One Production Service Company is Opening Doors in 2021 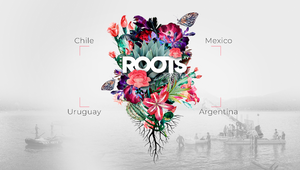 Work from The Roots Production Service