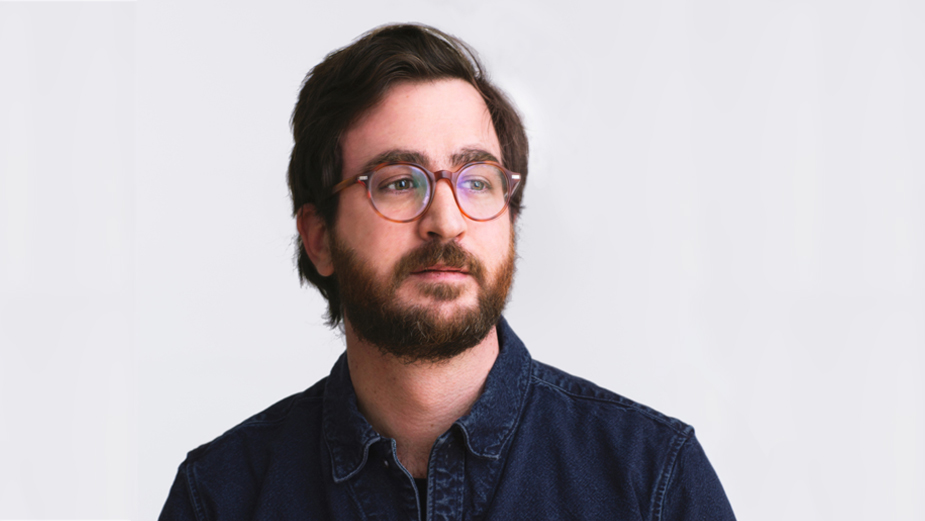 As founder/EP of REVERSE, Thibaut Estellon brings 20 years of experience in arts and entertainment, a deep love for creative challenges, and an equally deep aversion to the status quo. Under his leadership, REVERSE has become a true creative hub for multi-skilled directors who are adept at visual storytelling across all disciplines.

Prior to founding REVERSE, Thibaut worked in a variety of creative management positions in the music, art, and fashion industries. His diverse background, combined with his MBA education and experience in project management, inform both his creative supervision and managerial approach. He currently lives in Brooklyn with his wife and three young children.

Thibaut> I landed in this field a bit by chance. I was promoting concerts and developing music festivals back home in France, then worked for record labels, contemporary art centers, and galleries in Paris and the US, and managed a blog about artists and creatives. I realised my knack for project management, bringing teams together around a common artistic and creative goal while managing numbers and the business side of things with ease, keeping things on time and on budget. I’ve always loved the mix of art and commerce and all of my previous experiences are very similar to TV commercial productions. I discovered this world through my wife who’s an artist and experimental filmmaker. I had the right mindset for production, I just needed to learn the specifics of this industry.

Thibaut> In my early 20s, while in business school, I developed a music charity festival where people were bringing food to be donated to a local food bank instead of paying regular tickets. That was a fun but somewhat naive idea perhaps as I had never done anything like that before and I didn’t realize how complex it would be. Since we couldn’t pull revenues from tickets, we had to rely heavily on grants, sponsorships, volunteer work, and donations while convincing bands to get on board pro bono, finding venues, organising logistics, promoting, and marketing. A task made harder since we didn’t have a track record or any history behind that concept. But I can be a good salesman when I believe in an idea and don’t let go very easily. Some of my directors now call me the “French Shark” for that go-getter attitude. Ha! I was literally working on this 24/7 and I remember my corporate finance teacher telling me I should focus on class instead of this “hobby” of mine. Turns out, this hobby was pretty close to what I’m still doing and loving today. I guess that’s the lesson here: stay focused on your goals and aspirations and work hard to achieve them. Listen to the naysayers as there may always be a grain of truth but make your own judgments.

Thibaut> To be honest, I’ve never really line-produced besides a couple of small commercials and short films. It’s a high-pressure fast-moving environment with lots at stake and it requires a full focus on the job at the end. I’m more of a curator in the sense that my strength lies in discovering and supporting talents and putting teams around them to achieve their goals. I’m not a linear type of person; I need to have a bunch of stuff on my plate at the same time and always strategize to bring more opportunities and expand our network of trusted producers and partners. I need to look toward the future, develop my vision, and I don't think I would be able to focus 100% on one commercial job for weeks at a time.

That being said, I do have a strong understanding of production, budgets, crews, and the international production mechanism, as well as a strong artistic understanding of each job we’re approaching. I’m able to bid and think like a producer and interact with crew and keys whenever I need to without looking like the clueless EP from the production company.

Thibaut> As a bit of an outsider in this industry, each job has been an opportunity to learn. I’ve never been mentored or trained by someone else, so I’ve always had to make sure to watch, listen, and, most of all, surround myself with specialists in their fields. The success of a project really is dictated by the entire team, the collaboration with the creatives and our director, as well as the crew in general. It’s very hard to do magic on a job and have fun if you have an underfunded project and a feisty agency team. We tend to be pickier with the jobs we take on. We’re here for the long run and are not looking to burn relationships with our partners and teams.

I’m always annoyed at the imaginary preconceptions that a producer should not talk about creative and that creatives ignore budget. I think it’s hurting our industry. Good producers should understand creative and support directors and creatives should also understand what it takes to bring magic to the screen. There’s so much time, money, and magic lost when that’s not the case.

Thibaut> Producing in our industry is about putting the right resources around a project and getting stuff done on time and on budget while delivering highly creative results. So yes, I agree with this. But it’s a bit like playing an instrument. If you’re an incredible piano player, then you may be able to pick up guitar pretty quickly but you may not become amazing right away. That’s a bit of what happened to me when I first started. I had the right mechanisms when it came to project management but some specifics were new to me, so I had to learn and build on these experiences.

In our industry, a lot of producing is about experience and network. Knowing what to expect and what to do when something unexpected happens, planning ahead, working with all the players, handling personalities, needs, and wants from a multitude of folks, and being ready for the unexpected. But producing is not just about budget, it's also about maximizing creative value. At least that’s how we function. If not, then it becomes boring and we might as well all work on Wall Street.

Thibaut> For me, it’s the excitement of creating something new. Each project presents unique challenges and that’s why it’s interesting to me. I don’t like doing the same thing over and over again, I think I’d get bored. And we always look at each campaign in a way to expand opportunities for our directors, whether it’s developing or expanding the reel, or trying something completely new.

Thibaut> The past two years, in particular, have had a big impact on the industry between Covid and diversity talks. Covid has made us more efficient with less BS, more collaboration and trust, and more focus on the work. Work dried up so that also put pressure on directors to be at their best. It wasn’t easy any more with so much at stake. I think it also realigned priorities when it came to work-life balance, prioritizing our families, doing shorter shooting days, and being more efficient on set, so our crews could rest.

Here at REVERSE, we’re also putting more emphasis on diversity. For example, we’ve started to survey our crews on each production and have been encouraging diversity staffing. We’ve been experiencing some pushback from crews at times but I think we can impact our industry if all production companies start making similar requests instead of paying lip service.

Thibaut> You probably need to be wired a certain way, have great communication and listening skills, and have a love and understanding for numbers and scheduling/logistics. Being good with people, thriving under pressure and deadlines, and having an ability to keep calm and focused. You’re juggling many things at once and want to make sure none of them gets dropped.

Thibaut> We had a particularly difficult shoot recently with a big creative ask and not enough time and resources to do it. It’s one of those jobs where we got excited too fast but should have been like…wait a minute. I knew we were walking a fine line with that one. Sadly, we had curveballs happening on a daily basis – with production and location teams who were really struggling, an insanely busy town where good crews weren’t available at all, a casting agent booking the wrong extras, a caterer having an accident the day of the shoot, the G&E crew threatening to walk out as they became annoyed waiting for agency feedback, our main talent testing positive… and our DP pulling his back the MORNING of the shoot and spending the first day on massive painkillers and steroids with a physical therapist and doctor nearby while he guided his crews from a wheelchair. But I have to say the results were pretty solid and he totally deserves his new nickname of “Professor X.”

Thibaut> I really see REVERSE as a high-end boutique production company, where we focus on the craft and work insanely hard on developing our directors. I’ve kept our structure relatively nimble, so we’re not crushed by overheads or a need to churn volume just to pay the bills. I think it’s beneficial to our directors who can get a lot of attention and quality in terms of jobs.

LBB> One specifically for EPs: Producers are naturally hands-on - they have to be. How do you balance that in the more managerial role of an EP?

Thibaut> Most of our producers are able to sub for me as an EP; however, I’m always in the shadows and facilitating things with the agencies or our directors. Some of my producers say I’m a lot more involved than other EPs. For example, I have a good artistic sense given my background, so I’m always super hands-on when going over DPs or stylist/production designer reels.

Thibaut> I have three young kids who keep me pretty busy, so work is actually my way to relax sometimes :) 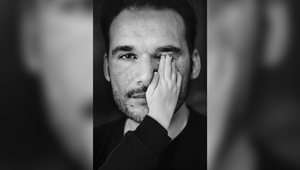 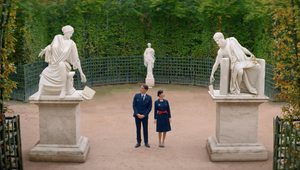 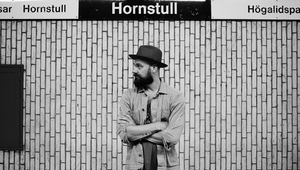 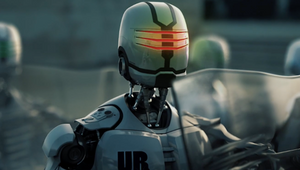 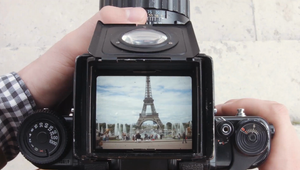