Q&A with the Founder of Shotz Production Services in Berlin, Germany

LBB > How did you get into production?
TE > I started in 1995 in a local television station as a production assistant and ended up, in 1998 as the head of production in the largest music video production company, DoRo Berlin, working on more than 200 music videos at that time. The fire was on, never wanted to do anything else after that.
LBB > When, why and how was Shotz founded?
TE > Shotz was founded with the first service job I did in Berlin for Movie Magic International from Milan in 2000. We’d shot over nine days three Volkswagen commercials. After this job I thought, why not do it as a daily business?
LBB > We know that you still work as a freelance producer/line producer so how do you divide your time between the freelance work and Shotz?
TE > I have built up a relationship with a few local production companies over the past 12 years and as Germany is not a traditional service country there is always time for nice “local” projects.
LBB > What are the different benefits of working freelance and putting work through Shotz?
TE > Freelance work is run through Shotz. We provide a kind of “local” service job and production house which benefits from our network, production experience and our local knowledge.
LBB > Who are the key talents at Shotz?
TE > For commercials, it would be me as a line producer/ service producer, Nicola coordinates productions and for feature films it’s my partner Miki Emmrich.
LBB > What makes Shotz unique?
TE > I suppose that would be me. People know me. They know my work, they trust me and Shotz has a proven track record of delivering a high standard of work.
LBB > What percentage of jobs do you do for international production companies and how many for local clients?
TE > I’d say 60% of our clients are international from America, The Netherlands, Chile, Norway, Canada, Italy, France, and 40% is local (German)
LBB > Likewise, how many of the ads have been for the local or international markets?
TE > Usually, if we are working for an international production company it is for the international markets. Due to German creativity more and more local spots are used internationally as well.
LBB > Can you shoot everything you need in and around Berlin or do you also take the shoots further afield in Germany and Europe?
TE > Germany has it all... Berlin and its surrounding areas offer a lot of possibilities. If we can’t find it here we have our partners from Global Production Network – a collection of service companies all over the world.
LBB > Over the last year, what's been your favourite job and why?
TE > From the shooting for ING direct with Dirk Nowitzki, over shooting LULU, the cover for the latest Metallica & Lou Reed album, to filming for Volkswagen with Martin Werner in an open cast-mining I like all the projects… I love my job.
LBB > What are the financial benefits and incentives of shooting in your city?
TE > At Shotz we have experienced crews and our production standards are comparable to Los Angeles, New York and London. Our clients tell us that they work with smaller crews more efficiently. Our incredible knowledge of locations in Germany, excellent stunt and special effect crews are also a big plus. In addition there is a great nightlife here in Berlin and living is less expensive compared to any other major European cities. The still ongoing changes in Berlin are fantastic and offer a very unique atmosphere.
LBB > Your client list reads like a “who’s who” of German production – how do you win new clients?
TE > Hopefully clients spread the word. We have a reputation internationally as well as locally… working with clients such as ILM, Movie Magic, RSA, Gorgeous and Believe Media.
LBB > Can your market handle stereoscopic 3D? Are you able to service 3D shoots?
TE > Certainly many feature films have been shot in 3D here. We also have all kind of digital and film cameras available in Germany even though it is not that common to shoot commercials on film anymore.
LBB > Do you represent directors/talent at all? Could you see Shotz becoming a more traditional director-led production company?
TE > Shotz does not represent directors as this is different to what we do, we love to organize film shoots in any size, take care of budgets, finding the right locations and putting together a perfect crew for each job.
LBB > What are you predictions for future changes in the market?
TE > In the last 12 years we have handled complicated multi country and integrated shoots. We’ve dealt with large amounts of agency and client personnel on set, for national and international production companies.
LBB > Shotz Fiction Film services feature films – is this a big part of your business? Are these mostly German language films or have you worked on international features?
TE > I partnered up with Miki Emmrich in 2006 who worked as a freelance production manager on movies such as Anonymous, Cloud Atlas and The Three Musketeers. Yes, this part is growing and we are doing more and more projects each year from plate shots for a million dollar movie or a 12 day road movie for an independent production company from Norway. A Canadian production company came to shoot their Berlin part and returned to do their re-shoot here as well, as it was more efficient shooting with Shotz in Berlin than at home. As feature films compared to commercials are a “slow” business and different decision makers are involved, it takes a little longer to develop this branch and build up your reputation. 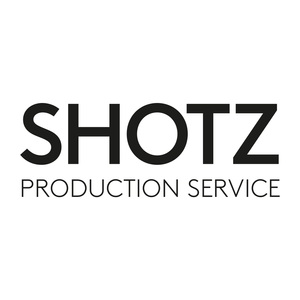 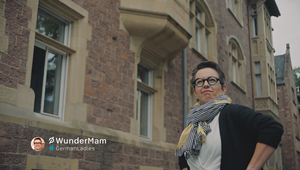 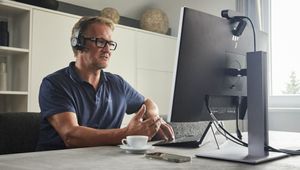 Logitech x Siemens - Stories about the power of collaboration 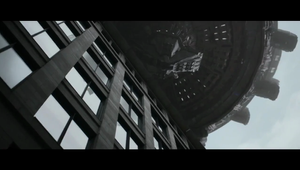 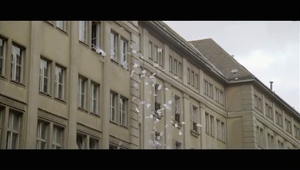