Theodore Music's Ollie White supervises the sounds for the drama 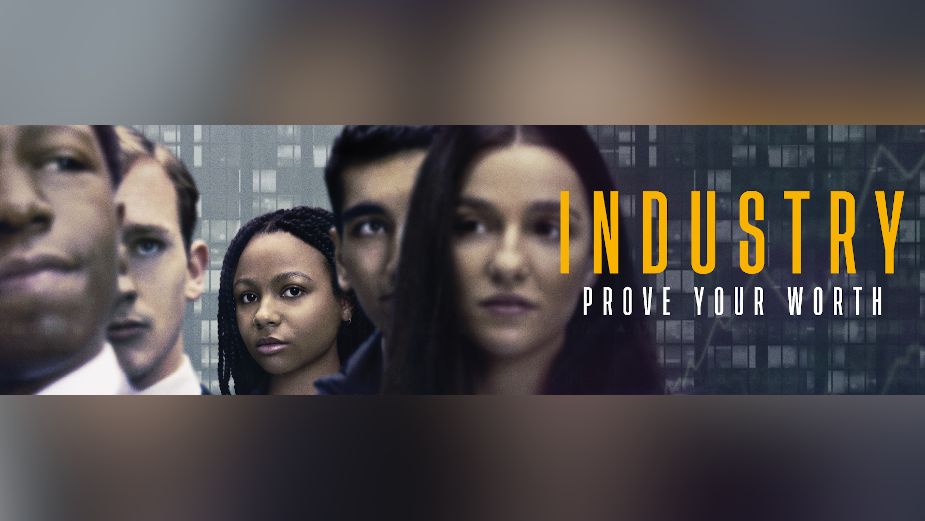 Theodore Music’s Ollie White was the music supervisor for the eagerly anticipated HBO drama, ‘Industry’, which will be launching on BBC2 on Tuesday evening at 9.15pm.

Part-directed by Lena Dunham, Industry is a coming of age drama set in London which follows a group of graduates in their first few months of working in the high-pressure, intense and competitive world of international finance. The show charts their struggle to succeed as they compete for a permanent position.

Running parallel to this, is the groups’ equally fast-paced social life fuelled by London’s nightlife and over the course of eight episodes, we see how the grads struggle to find the balance.

The Industry soundtrack was inspired by London’s diverse overlapping cultures and the characters created by the show’s writers, Mickey Down and Konrad Kay. Drawing from their own experiences of the world of banking, the writers take us on a journey from the point of view of the grads. There is not one scene or sequence which isn’t shot through their eyes. For the music team, this was of particular importance and encouraged them to push for a soundtrack which was a full representation of what it sounds like to be in London as an early twenty-something. Their aim was to transport viewers from around the world to the city and bring to life everything the grads hear and experience. From the clubs and bars they visit, through to what they would be listening through their laptop speakers at home. The key to this challenge was astute placement of commercial music to provide authenticity to the settings and insights into each character’s personality.

This approach opened the doors to showcasing some of the best artists and labels in the UK, as well referencing some of the most exciting musical scenes in the capital. The result is an eclectic, diverse soundtrack which covers a vast array of musical genres from electronic stars like Bicep, through to urban jazz artists like Kamaal Williams, emerging artists like Biig Piig and Tia Carys, to artists from iconic British labels like Warp Records.

Another crucial aspect of Industry’s sonic identification is the score. "We wanted the score to represent the grads’ emotions, mood and feelings; to be their inner spirit coming out through music", says music supervisor, Ollie White. The emotional responses to the challenges the grads face are brought to life through the score and the story Down and Kay created and the way they tell it through the eyes of the grads gave enormous opportunity for experimentation. It’s not only the grads first ever experience of the cut-throat world of high finance, but their first experience in the working world, full stop. For these high flyers, they’ve worked their entire lives to be in this position so the amount of emotional weight behind their every move is enormous. Even just the everyday stresses of making sure your bosses lunch order becomes an anxiety attack.

Ollie also mentions how it was important to remember that this high-pressure, boiler room atmosphere on the trading floor was a stimulus for the grads. "This was a place they wanted to be and hang-out, and we needed the music to help the audience realise this". He compared the trading floor to that of a dance floor of well-known techno club in Berlin. For a fly on the wall, with no experience of a nightclub like that, it would be hard to understand why anyone would want to expose themselves to a dark, dingy, dungeon like room. But for these young people, to actually be there and tune in to the energetic tumultuous of it all and hypnotic and energetic beats powering a crowd pulsating to it's rhythms together is unparalleled. "We knew we needed a composer that could bring the intensity and euphoria of a dancefloor to Pierpoint's (the fictitious bank) trading floor". In comes the exciting, young, electronic producer and DJ, Nathan Micay. 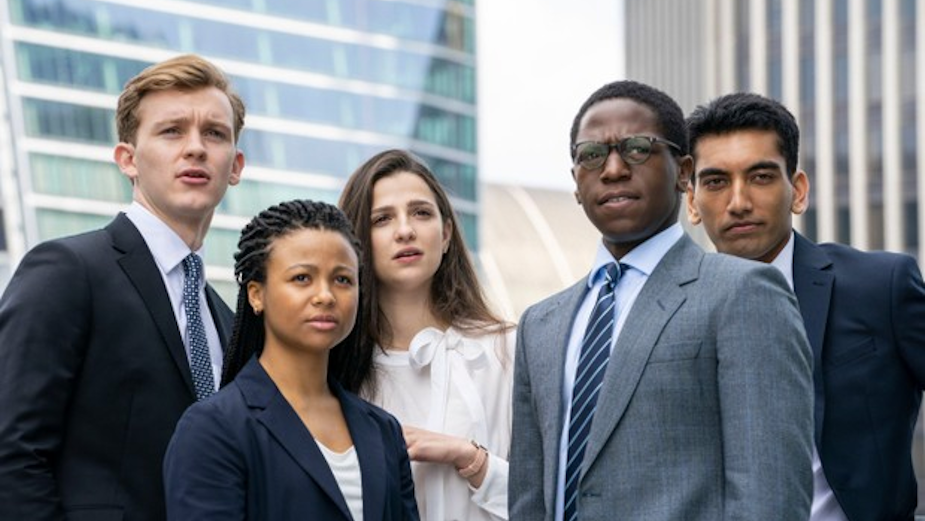 Ollie started off by temp scoring early WIP edits of Industry using Nathan’s back catalogue of music. It was such a success that Nathan's track ‘Blue Spring’ became the Industry main title song and he was hired as composer by the production for all eight episodes of Industry. “The hardest part is finding a tone / style of composition that works with the show. Nathan has an intricate, unique sound which was a perfect fit and he’s delivered an incredible, original score.”

Ollie also brought into the music team, experienced Music Editor, Daniel Elms to assist with some of the technical aspects of the composition and delivery. Daniel had worked with artist/composers before including Max Richter. “Daniel was also a huge influence creatively. We gave him access to Nathan’s back catalogue in stems format so he could repurpose to picture. This was a massive help when working to a ridiculous schedule like we had!”

When asked what he was most proud of, Ollie responded: “The soundtrack is a vast collection of amazing songs that help paint a picture of what it is like to be in London in your early twenties. The score unifies all of these genres and styles together and helps create a totally unique sonic identity for the show.”

Industry launches on HBO tonight and will be on BBC2 tomorrow at 9.15pm 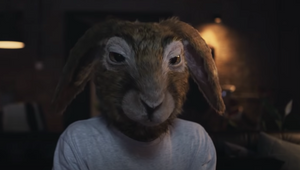